Departing October 21 from New York, guests who sail on this unforgettable cruise will experience a week full of opportunities to meet Guy Harvey, world-renowned marine artist, scientist, conservationist, entrepreneur and hull artist of Norwegian Escape, as he hosts specially-planned events about ocean conservation.

“We’re honored to continue our relationship with Guy Harvey, as one of the leaders in conservation education, and to further showcase the importance of preserving the beauty and well-being of marine life for future generations to enjoy.”

“His passion for the ocean is inspiring and extends beyond his canvases. We’re thrilled to be partnering with him and the Guy Harvey Ocean Foundation once again on this special cruise on Norwegian Escape.”

Guests will learn about the GHOF’s efforts to conserve the ocean environment and hear from a panel of marine life experts and scientists from NSU about the importance of continued support for cleaner and safer waters through conservation and sustainability efforts.  They will also learn about how Guy Harvey went from marine biologist to one of the world’s foremost marine wildlife artists during live painting sessions.

At each port of call, Guy Harvey and the team of experts will lead interactive presentations at local schools, educating children on a variety of marine life and ocean conservation topics with the ultimate goal of inspiring environmental awareness for the future of our oceans.

Featuring Guy Harvey’s spectacular marine life artwork on her hull, Norwegian Escape is the first of the Breakaway-Plus class, the most successful class of ship in Norwegian’s history, and the largest ship in the fleet, by guest capacity.  The conservation cruise will depart from New York on October 21 with calls to Port Canaveral; Great Stirrup Cay, Norwegian’s private island in the Bahamas; and Nassau. 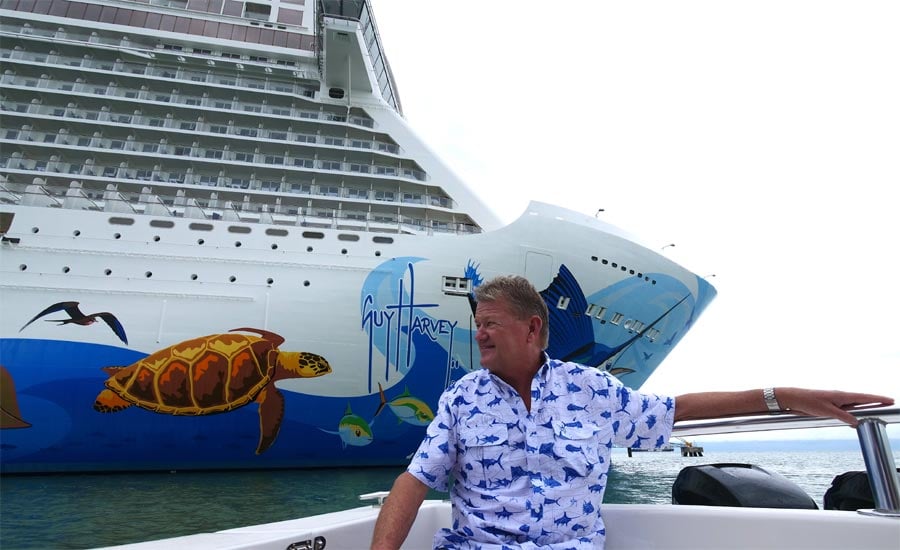