Norwegian Cruise Line CEO Frank Del Rio has responded to the latest CDC requirements on resuming cruise operations out of the U.S.

More and more details are emerging about the new CDC regulations released this week. While the restrictions already seem incredibly restrictive towards cruises without a vaccination mandate, the CEO of Norwegian Cruise Line Holdings revealed the company believes the restrictions apply to all cruises, which would make cruising in July a remote and unlikely prospect.

After Norwegian Cruise Line Holdings released their first-quarter earnings report on Thursday, CEO and President of the Company, Frank Del Rio, went on CNBC and called the new guidelines under phase 2B and 3 absurd. He believes the CDC is singling out the cruise industry in what can only be called a crusade against cruising.

Norwegian Cruise Line and its two sister brands, Regent Seven Seas and Oceania Cruises, have already stated they will require all guests onboard to be fully vaccinated once they resume cruising.

The current set of guidelines released by the CDC call for a set of measures that are the most restrictive of any industry in the United States and go much further than any other country has demanded of the cruise industry so far.

We are mandating a hundred percent vaccinations for both crew and passengers. On top of that, we’re going to layer the 74 protocols that the healthy sail panel put together. So we believe that our vessels will be the safest place on earth. And yet, rather than ease on the demands and the requirements by the CDC, they seem to double down in the cruise industry.

I mean, can you imagine having to take on your mask and take off your mask in between bites of your meal or in between sips of a drink? It’s absurd. It doesn’t happen anywhere else in the world, anywhere else besides the United States. And so the unfair treatment that the industry has had to endure for over a year continues; it’s got to stop.

The somewhat melancholy tone of the earnings report released on Thursday is echoed again by Del Rio, saying that under the current guidelines, he thinks it unlikely cruises will resume in the United States this summer in July, or August even:

“I seriously doubt we will be able to stand up a vessel out of a US Port in July, while August is also in jeopardy. And it’s all because of the disjointed guidelines from the CDC. See, what we received yesterday was anything but a clear path to restarting the industry.”

The President of the third-largest cruise company in the world believes the CDC’s guidelines to be contradictory to the goals set out by the Biden administration and calls them even un-American in nature.

Del Rio pointed out that people were allowed to take off their masks during meals during the height of the pandemic inside the United States. The CDC now requires guests to keep their masks on during meals, according to Del Rio:

If we’re interpreting what the CDC guidelines stated yesterday correctly, in between bites or in between sips, you got to put it back on and take it off and put it back on. It’s absurd. I mean, we wouldn’t put our customers through that.

The rules on the CDC website state the following:

While the Order permits temporarily removing a mask for brief periods while eating or drinking, removing the mask for extended meal service or beverage consumption would constitute a violation of this Order.

The interpretation of the rules is certainly something that has been contested in the last 48 hours. While some believe the new rules only apply to cruises without the vaccination mandate and not to cruises with that mandate, others believe the rules apply to all ships and all cruises. The fact is that the masks rule is under the section for simulated and restricted voyages.

The CDC, as usual, will need to clarify what it wants the cruise industry to comply with. As it stands, the agency has been all too happy to make life a little more complicated and harder to understand after each progression it seems to make. 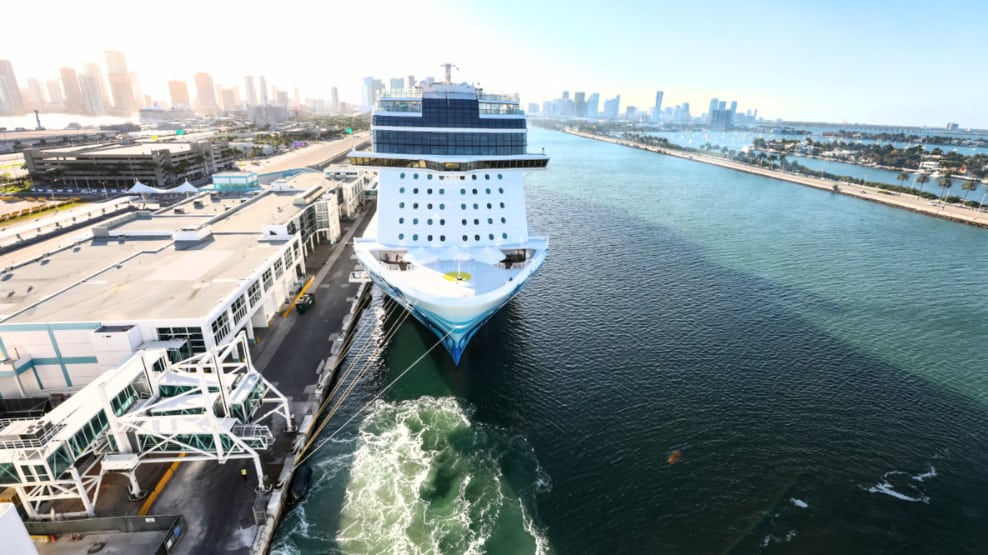