Norwegian Cruise Line announced that its Board of Directors has named Frank Del Rio as President and Chief Executive Officer. Mr. Del Rio succeeds Kevin Sheehan, who has decided to leave the Company.

Mr. Del Rio is the Chief Executive Officer of Prestige Cruises International, Inc. (“Prestige”), which was acquired by Norwegian in November 2014. Mr. Del Rio, a co-founder of Oceania Cruises, Inc., a subsidiary of Prestige, has more than 20 years of experience in the cruise industry.

“Frank Del Rio has established himself as a leader and innovator in our industry,” said Steve Martinez, member of Norwegian’s Board of Directors. “Norwegian is poised for continued growth and we are delighted to have Frank lead our team during the next phase of the company’s evolution. We also thank Kevin Sheehan for his service to the company. Kevin has built Norwegian into the highly successful company it is today – a company that has reported 25 consecutive quarters of growth in trailing twelve month Adjusted EBITDA coupled with consistent margin improvement. Most recently, Kevin was integral to the Prestige acquisition, assembling a diversified portfolio of brands that spans all market segments in the cruise industry, which we believe puts the company in a strong position for the future.”

There has been a shock that Kevin Sheehan has departed the company especially on such success recently. Sheehan helped grow the cruise line by introducing a new era of ships in the fleet with the Breakaway and Breakaway Plus class. Not many people expected his departure, This is what he said:

“It has been a privilege to lead Norwegian over the last seven years. I am proud of what we have accomplished, and take comfort in the knowledge that I am leaving the company much healthier and stronger than when I joined. With the company set for success, I hand the baton off to Frank, a proven leader in the cruise industry,” said Mr. Sheehan.

“I am excited to begin this new chapter in my long career in the cruise industry,” said Mr. Del Rio. “I am blessed with a great team at Norwegian, and I am confident that together we can help our company continue to realize great things.”

Frank Del Rio has served as Chief Executive Officer of Prestige or its predecessor since April 2007. 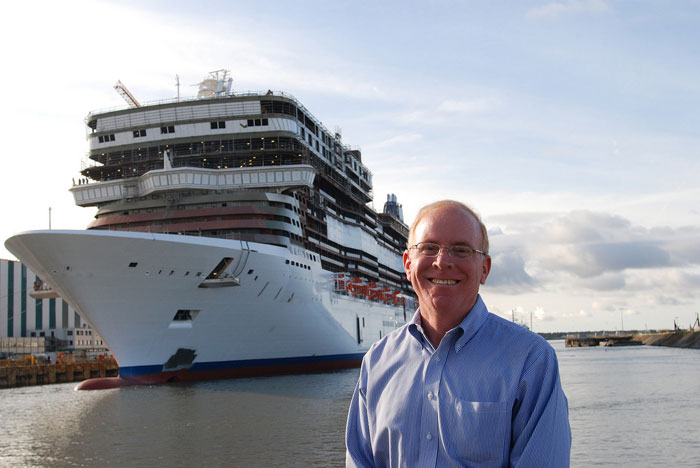