Norwegian Getaway will not be offering its 2023 Baltic sailings, but where will the ship be sailing instead? 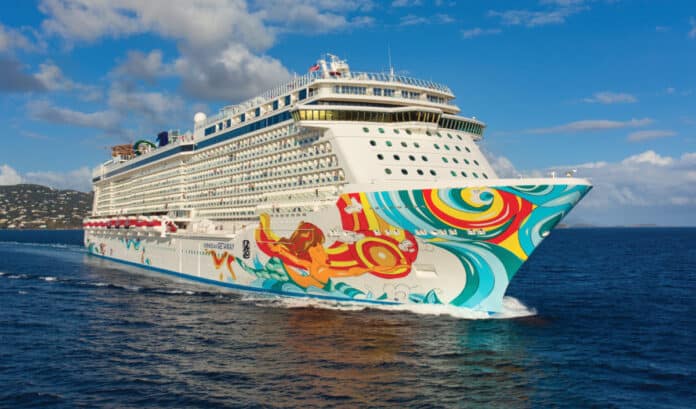 With tensions in Eastern Europe still unresolved, Norwegian Cruise Line has opted to extend the cancelation of its Baltic sailings and Russian ports of call through 2023. This impacts sailings aboard Norwegian Getaway, which may be remaining in the Caribbean instead.

Guests booked aboard Norwegian Getaway with sailings from April 15, 2023 through October 26, 2023 have been notified that their cruises have been canceled. These cruises were scheduled as Northern Europe and Baltic sailings, departing from Copenhagen.

Ports of call on the affected sailings included destinations in Germany, Sweden, Finland, and most importantly, Russia. St. Petersburg is a very popular, bucket-list destination for many travelers, and reaching the historic city is easiest on a cruise.

Earlier this year when the regional conflict erupted, Norwegian Cruise Line was the first major line to remove St. Petersburg from its 2022 itineraries.

At that time, guests were informed that, “The health, safety, and security of our guests, crew, and communities we visit is our top priority. Due to the escalated situation … we have made the decision to alter itineraries and remove calls to St. Petersburg, Russia from our sailings for the remainder of the year.“

Now, these further cancelations effectively cancel the cruise line’s calls aboard Norwegian Getaway to St. Petersburg through all of 2023.

An email sent to guests booked on 2023 sailings reads, “We share your disappointment and sincerely apologize for any inconvenience this may have caused, but also hope you can understand the necessity of this action.”

As compensation for the cancelation, Norwegian Cruise Line is extending all impacted guests a Future Cruise Credit (FCC) valued at 10% of the fare of the canceled cruise, which can be used on any future sailing.

Norwegian Getaway May Remain in the Caribbean

While Norwegian Cruise Line opted to keep Norwegian Getaway’s Northern Europe sailings intact through mid-June this year – albeit with St. Petersburg removed as a port of call – the ship is moving to Port Canaveral this summer to offer Caribbean sailings.

In August and September, the ship will offer limited Bermuda sailings from New York, before returning to Port Canaveral for several weeks, then back to New York from mid-December 2022 through mid-April 2023.

With these further Baltic changes, it is likely that Norwegian Getaway will remain in the Caribbean for even longer. At the moment, no information is available for summer 2023 sailings for the Breakaway-class vessel, but new sailings are likely to be ready for bookings in the coming weeks.

While no other ships positioned in Europe for 2023 have had multiple itineraries canceled at this point, guests interested in these sailings are noticing a greater emphasis on the British Isles, Iceland, and Ireland itineraries, all of which can be amazing destinations for travelers to experience.

It is possible that as the situation in the region changes in the next few months, further itinerary alterations may be necessary.

For 2023, Norwegian Cruise Line has already planned for Norwegian Star, Norwegian Dawn, and the new Norwegian Prima to be sailing in Northern Europe, while several additional vessels will be sailing in the Mediterranean and around the Greek Isles.