It’s being reported that a Holland America cruise ship has been forced to sail back to port early due to a norovirus outbreak on board.

It’s not known how many guests onboard the ms Ryndam have been struck by the sickness but the outbreak is bad enough to shorten the current voyage and sail back to the port of Harwich, UK. The ship was originally scheduled to arrive back on July 4th but now instead will arrive on July 3rd. The early arrival back will give crew more time to sanitize the entire vessel so the sickness won’t continue on the next voyage.

During the 14-day Northern Isle cruise aboard ms Ryndam, roundtrip Harwich that departed June 20, 2015, a high number of guests reported to the infirmary. The pattern of illness strongly suggests the cause is the common virus called Norovirus, which is easily transmitted from person-to-person, especially if meticulous attention is not paid to personal hygiene. Norovirus is currently circulating widely throughout North America.

Norovirus is a gastrointestinal illness that can also spread on land which causes vomiting and diarrhea. When norovirus is onboard cruise lines activate procedures that help stop the spread. In come cases passengers can be confined to their staterooms and extra cleaning is done by crew around the public spaces.

At the first sign of an increase in cases, we immediately initiated enhanced sanitation procedures to interrupt the spread of this virus.  This protocol has been developed in coordination with the United States Centers for Disease Control and Prevention (CDC) and includes such measures as thorough disinfection of high-touch surfaces like railings, door handles and elevator buttons; encouraging passengers to use correct hand washing procedures and hand sanitizing gels placed throughout the ship; isolating ill passengers in cabins; and providing regular verbal and written communication to guests about steps they can take to stay well while onboard and safeguard the health of others.  We have also been in communication with Public Health England.

To reduce the potential further impact on our guests and crew, the ship will return to Harwich one day early to conduct a thorough sanitation, arriving July 3 rather than July 4.  Guests that have scheduled flights post cruise will be provided local hotels for the night.

The ms Ryndam is a 55,450 gross ton cruise ship that’s operated by Holland America Line. The ship can carry up to 1,625 guests at maximum occupancy. The next 14-day Midnight Sun & Norwegian Fjords cruise is expected to depart as scheduled from Harwich, UK on July 4th. The vessel is currently sailing from the UK so the American agency, Centers for Disease Control (CDC) will not be involved in the outbreak. 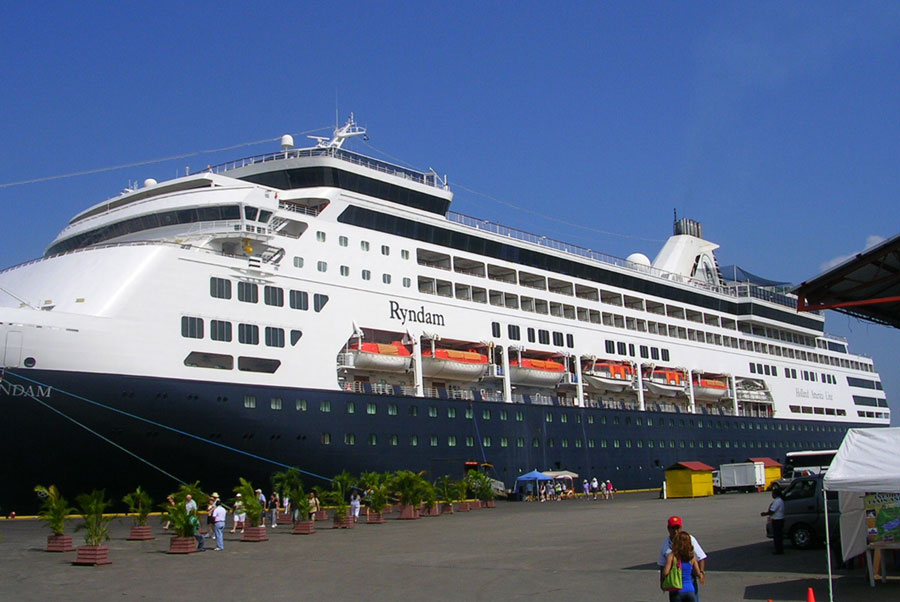