Norfolk has launched a study into possibly expanding its cruise terminal to cater for larger ships in the future.

The Norfolk Cruise Terminal Could be Expanding!

The Norfolk cruise terminal which is named the Decker Half Moone Center in Virginia could possibly be making some major improvements in the future according to Wavy. There is a study which is looking into expanding operations and being able to handle much larger cruise ships.

To date, the largest cruise ship to be based from the port is the 101,500 gross ton Carnival Sunrise, the newly transformed Carnival cruise ship which debuted earlier in 2019.

Stephen Kirkland, Executive Director of Nauticus which runs the entire waterfront area including the cruise port has said they must continue to be on the cutting edge compared to other competing cruise ports. Nearby ports such as Baltimore and Charleston are also catering to cruise lines.

Kirkland has hinted that Norfolk wants to be able to cater to the much larger vessels which will soon be dominating the industry. Almost all the major cruise lines have even larger cruise ship on order or currently under construction such as the 180,000 gross ton Carnival Mardi Gras which joins Carnival Cruise Line in August 2020.

Right now, there are several cruise lines using the port including Carnival, German-based Aidia Cruises and Princess Cruises. There are also smaller lines including Saga and Oceania. Notably absent is Royal Caribbean which currently has the worlds largest class cruise ships.

We’ll just have to wait and see what the study comes up with and the potential of even more cruise choice from Norfolk on the U.S. East Coast. Cruise Hive will keep readers updated on anything new about the port and what this could mean to the local economy and cruisers looking for more choice from the east coast. 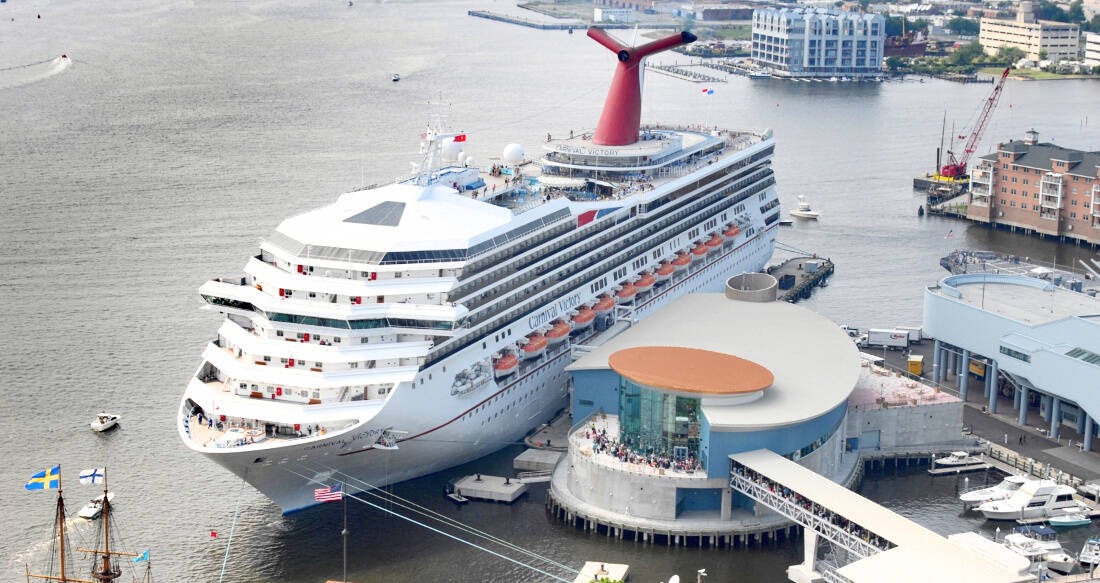