The Newest Cruise Ship In The World Completes Naming Ceremony

The newest cruise ship in the world, Quantum of the Seas has been officially named at its new home port in New Jersey on November 14th.

Hosting the festivities was the ships god mother Kristen Chenoweth who also headed a grand performances for Royal Caribbean’s smartest cruise ship. The ceremony didnt include the traditional way of smashing the champagne bottle. Instead Chenoweth used a tablet device to launch the bottle down a zip-line, which smashed against the ship.

There were other performances by The Pipes and Drums from the New York Police Department and by singer-songwriter Clint Holmes. The entire cruise industry was in frenzy over the naming ceremony which had been building for over a week ever since its arrival in Southampton, UK.

We’re sure you have seen many images from the ceremony on social networks but just in case then here’s a few by the cruise line:

Quantum of the Seas Naming Ceremony
1 of 8

There was plenty going on around the vessel along with the officially opening of Quantum of the Seas DreamWorks Experience which was attended by Royal Caribbean Chairman & CEO, Richard Fain, President & COO, Adam Gold Goldstein and of course DreamWorks CEO, Jeffrey Katzenberg.

Quantum of the Seas has brought several new innovations to the cruise industry including the North Star, Two70, Ripcord by iFLY and Robotic Bartenders. The cruise line is also turning traditional dining on it;s head with the new Dynamic Dining program.

The 168,700 ton vessel will begin its inaugural service out of the new Cape Liberty Cruise Port in Bayonne, New Jersey on November 17th. In May 2015 Quantum of the Seas will re-position to China. 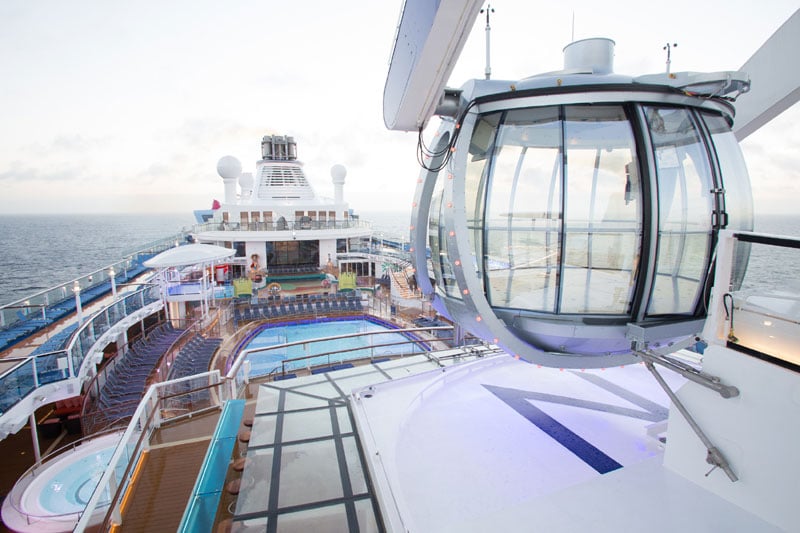