On Sunday the Carnival Vista arrived at Port Miami for the very first time which Cruise Hive previously reported. The large vessel has now kicked off a year-round schedule of six- and eight-day cruises to the Caribbean. To officially welcome Carnival Vista to its Miami homeport, Carnival Vista Captain Stefano Battinelli and PortMiami Assistant Director Fred Wong participated in a traditional maritime plaque exchange prior to the ship’s inaugural departure from Miami.

“Miami has been our home since our company’s inception in 1972 and homeporting the new Carnival Vista here not only provides consumers with a convenient homeport with renovated facilities and numerous operational enhancements but speaks volumes about our confidence in growing this important market.”

Carnival Vista kicked off its new schedule from Port Miami with a special six-day cruise to Grand Turk, Ocho Rios and Nassau that departed on Sunday, November 27. The ship will then launch a year-round schedule of six- and eight-day cruises beginning with an eight-day voyage departing Dec. 3, 2016.  Six-day cruises feature Ocho Rios, Grand Cayman and Cozumel, while a mix of different eight-day itineraries visit some of the Caribbean’s most sought-after destinations, including Aruba, Curacao, Bonaire, Grand Turk, San Juan, St. Kitts, St. Maarten and La Romana (Dominican Republic).

“It’s an exciting day at PortMiami, There’s no doubt that the arrival of the Carnival Vista, Carnival Cruise Line’s newest and largest cruise ship, represents a new vacation option for passengers sailing out of the Cruise Capital of the World.  We’re grateful to have this opportunity, and we look forward to continue strengthening our partnership with Carnival,” he added.

The ship will also offer a combination of one-time voyages, including a five-day cruise departing Dec. 11 and seven-day voyages departing Dec. 17 and 24, 2016, that offer an exciting selection of ports including the Caribbean’s newest destination, Amber Cove in the Dominican Republic, as well as Mahogany Bay, Grand Turk, Belize, San Juan, St. Thomas and Cozumel, depending on the itinerary.

Carnival Vista is a 133,500 gross ton vessel which can carry over 3,900 guests at double occupancy. The ship was built by Fincantieri in Italy and had spent a season sailing inaugural cruises in Europe before arriving in New York, United States for the very first time in early November. 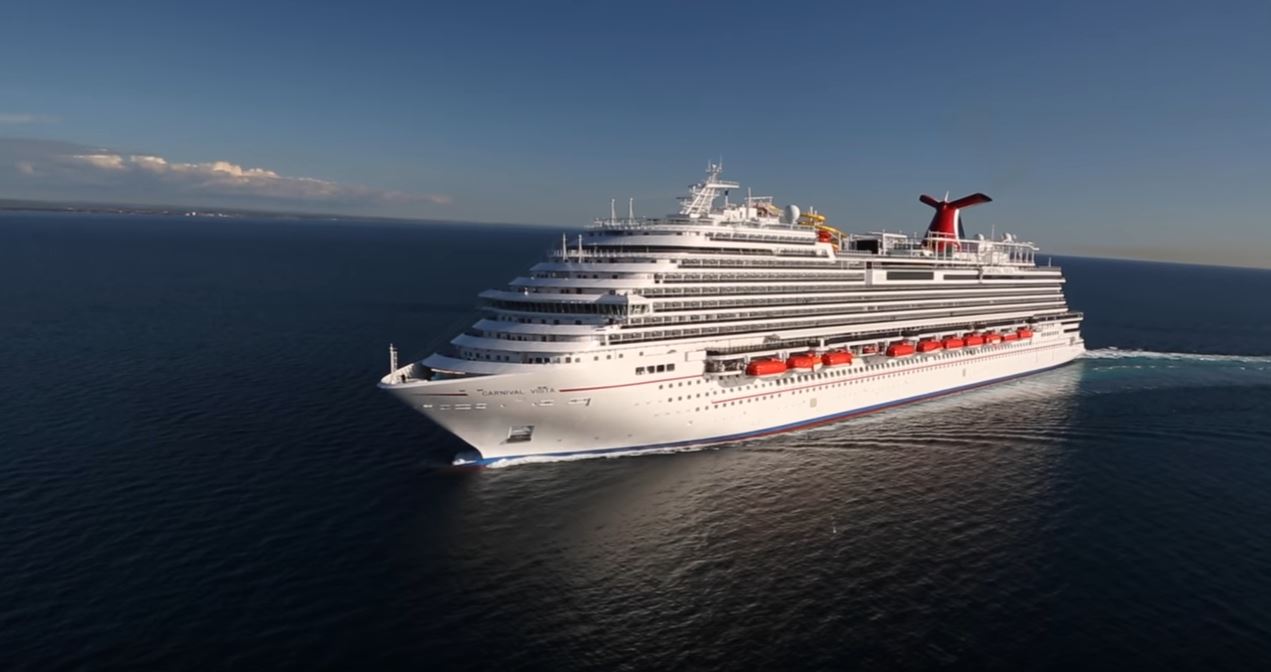