New York Welcomes Anthem of the Seas for Year-Round Sailings

One of Royal Caribbean’s most advanced cruise ships has arrived at its new home in the United States. Anthem of the Seas will offer cruisers in New York and beyond the chance to experience what sister ship Quantum of the Seas did in 2014.

Anthem of the Seas arrived In style by sailing past the iconic Statue of Liberty all lit up before sailing a series of special 2-night cruises and then year round Caribbean cruises. The ship will sail year round from the Cape Liberty Cruise Port in Bayonne, New Jersey. Since the ship entered service for Royal Caribbean in April 2015 it has been sailing voyages from Southampton, UK where the vessel was also christened.

Anthem of the Seas will offer passengers some of the most advanced and innovative features at sea including the North Star which offers panoramic views of the world from 300 feet above sea level. The large cruise ship also features RipCord by iFLY, a skydiving experience at sea and Seaplex which hosts bumper cars, roller skating and more. Advanced innovations onboard one of the largest class ships in the world include Robotic bartenders and the Two70 lounge which offers breathtaking visual projections and performances.

Anthem of the Seas will sail to The Bahamas, Jamaica, Haiti, Grand Cayman, Mexico, Honduras, Puerto Rico,St. Kitts, Barbados, Martinique, and St. Maarten offering guests the opportunity to truly immerse themselves in the destinations they visit. Itineraries vary from seven- to twelve-night sailings. The first cruise will be a 12-night Southern Caribbean voyage departing from Cape Liberty on November 10. 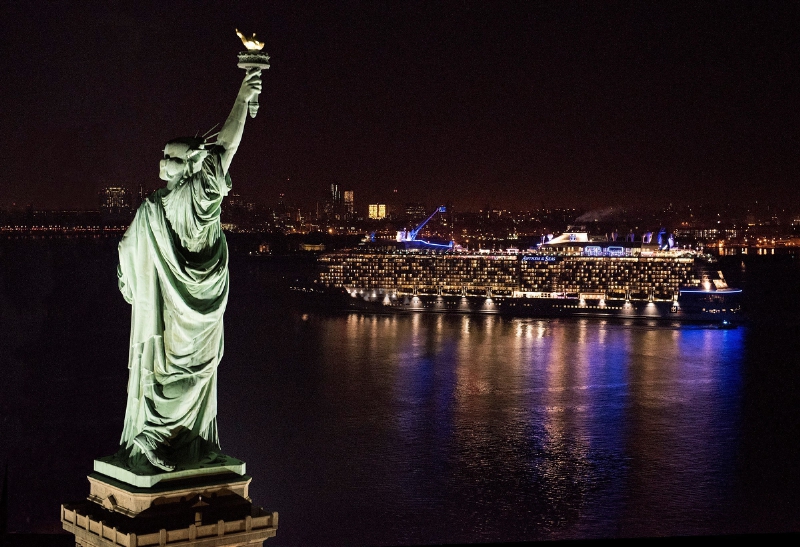