One of the most popular cruise ships sailing out of New York celebrated its first birthday yesterday (May 13th 2014).

The ship started sailing from the Big Apple May 13th 2013 after a huge launch ceremony including godmothers the Rockettes. Since then the ship has been sailing from New York all year round.

[quote_box_center]“Norwegian Breakaway has been hailed as a game-changer with in the cruise industry and we are so proud to celebrate this spectacular ship’s first year sailing from New York,” said Kevin Sheehan, Norwegian Cruise Line’s chief executive officer. “The world-class dining, exciting amenities and high-caliber Broadway entertainment onboard are all an extension of the incredible activities this great city has to offer. Norwegian Breakaway is truly New York’s ship and we invite those who haven’t yet had the opportunity to sail on her to come join us on a future voyage.”[/quote_box_center]

The 144,000 ton ship will continue to sail from New York to Bermuda where the ship stays for three days. Norwegian Breakaway departs from the Manhattan pier every Sunday and will continue to do so for the summer season until September 28th 2014.

[quote_box_center]“Norwegian Breakaway has provided a quarter of a million visitors a new and exciting way to experience and enjoy the best that New York City has to offer,” said Fred Dixon, NYC & Company’s President & CEO. “She’s been a great addition to our city and we’re excited to have her continue to share the best of NYC every week.”[/quote_box_center]

New York city has also benefited from the Norwegian Breakaway as according to the cruise line there has been a 16% increase in guest and crew spending in the city.

So Happy Birthday to the ship and crew of the Norwegian Breakaway from Cruise Hive! 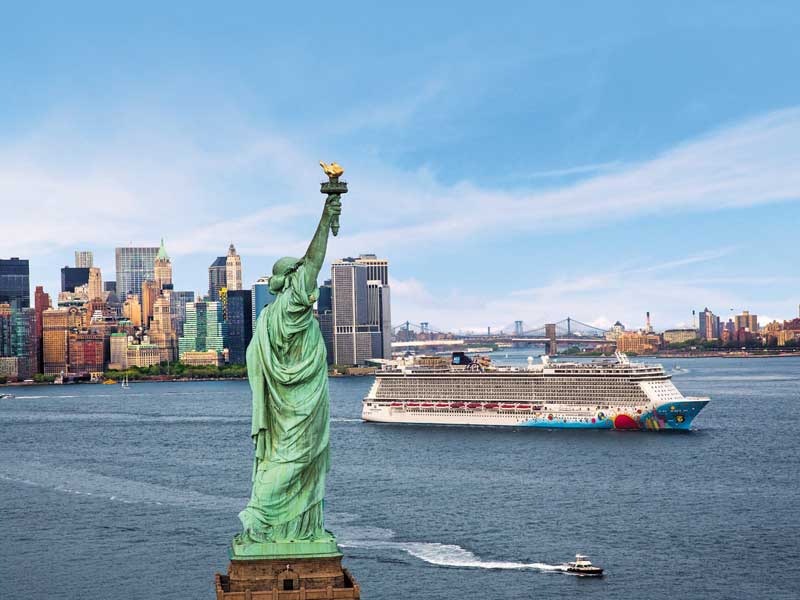