Viking Sun is a new ocean cruise ship for Viking Cruises and it has arrived in Los Angeles for the very first time as part of its 141-day world cruise.

You might be thinking what’s so special about Los Angeles. Viking Cruises is based there so when its newest cruise ship visits it’s a pretty big event. Viking Sun is currently sailing a 141-day world cruise from Miami to London and its call in LA is the first on the U.S. West Coast.

“We have always been a travel company that focuses on exploration and cultural immersion. In the last two decades we have led the industry in river cruising, and as we become the leading small ship ocean cruise line we have an opportunity to introduce many new travelers to the Viking way of exploration. Our new ‘Did You Know?’ campaign is aimed at inspiring people who may not yet know what makes us so different in the industry, why we are the most award-winning cruise line and how we can provide more included value than any other cruise company.”

In Addition to Viking Sun sailing in Los Angeles for the very first time the cruise line held a press event onboard where a new ad campaign was announced and the name of the 6th ocean cruise ship. The future cruise ship which will be the 6th in the ocean fleet will be Viking Jupiter, entering service in February 2019.

On December 15, Viking celebrated the kickoff of its inaugural World Cruise onboard Viking Sun in Miami. From Los Angeles, Viking Sun will continue to sail for 120 days, visiting destinations in the South Pacific, Australia and Asia – and will be officially christened in Shanghai on March 8, 2018. When the ship arrives in London on May 5, she will have visited five continents, 35 countries and 64 ports during her first World Cruise. Viking Sun will continue to sail the globe during the 2019 World Cruise,  a 128-day itinerary from Miami to London. 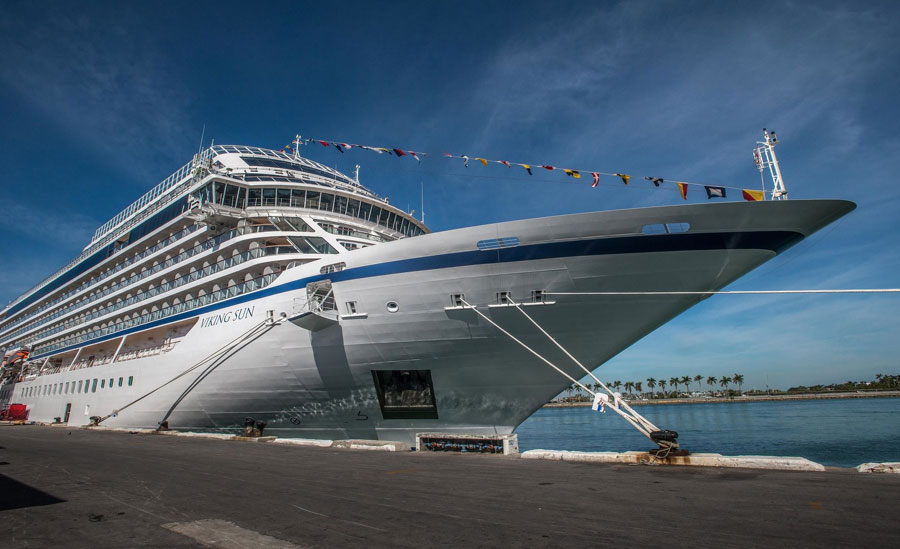