On November 18 Cruise Hive reported of a french cruise ship fire that occurred in the engine room. Now a new video has been released of the rescue operation.

A new video has emerged of a rescue operation by the UK’s RAF and Royal Navy. The french ship called Le Boreal was evacuated due to an engine room fire. The small vessel which is operated by Compagnie du Ponant in France was sailing just north of the Falkland Islands in the South Atlantic when the evacuation took place. 346 passengers and crew were rescued including 90 people from life rafts that were launched from the distressed vessel.

A new video has been released of the dramatic rescue operation. The video below shows the small cruise ship, its lifeboats and life rafts in choppy ocean conditions. HMS Clyde can be seen assisting nearby:

The good news is that no passengers or crew were injured and the fire was extinguished. The cruise has been cancelled and an investigation launched. The french cruise ship was sailing from Grave Cove in the Falkland Islands to South Georgia at the time. The Le Boreal ship was built-in 2010 and is 10,945 gross tons. The vessel is modern and features a swimming pool, dining restaurants, spa and even a casino. 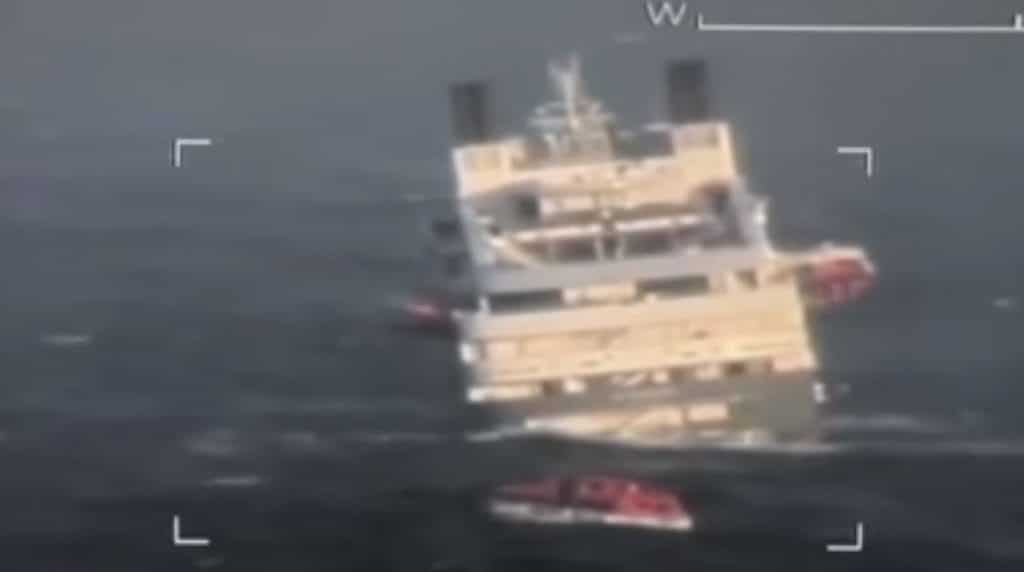