A new video has gone viral with up to 2,000,000 views on you tube since it was posted on May 10th 2014. It’s all because of a very unique sound coming from the MSC Magnifica in Hamburg, Germany.

On Friday 9th May 2014 the port of Hamburg celebrated its 825th Anniversary and to help in the celebrations the captain of the MSC cruise ship blasted out the popular hit song “Seven nation Army” by rock band the White Stripes.

The 95,000 ton ship played the music through its horns to the delight of the people watching as the ship entered the port. Even though the sound was a slow version it got the crowd excited, just a shame MSC ships don’t use the hit song more often!

The Hamburg port celebration is an annual event and one of the most famous in the world. Not just cruise ships are featured but also spectacular light shows, music performances and even the ever-present tug boats. The port of Hamburg is the second largest in Europe and often sees cruise ships like the MSC Magnifica come and go.

Watch the video and share your views on this amazing horn version of Seven Nation Army by the White Stripes! 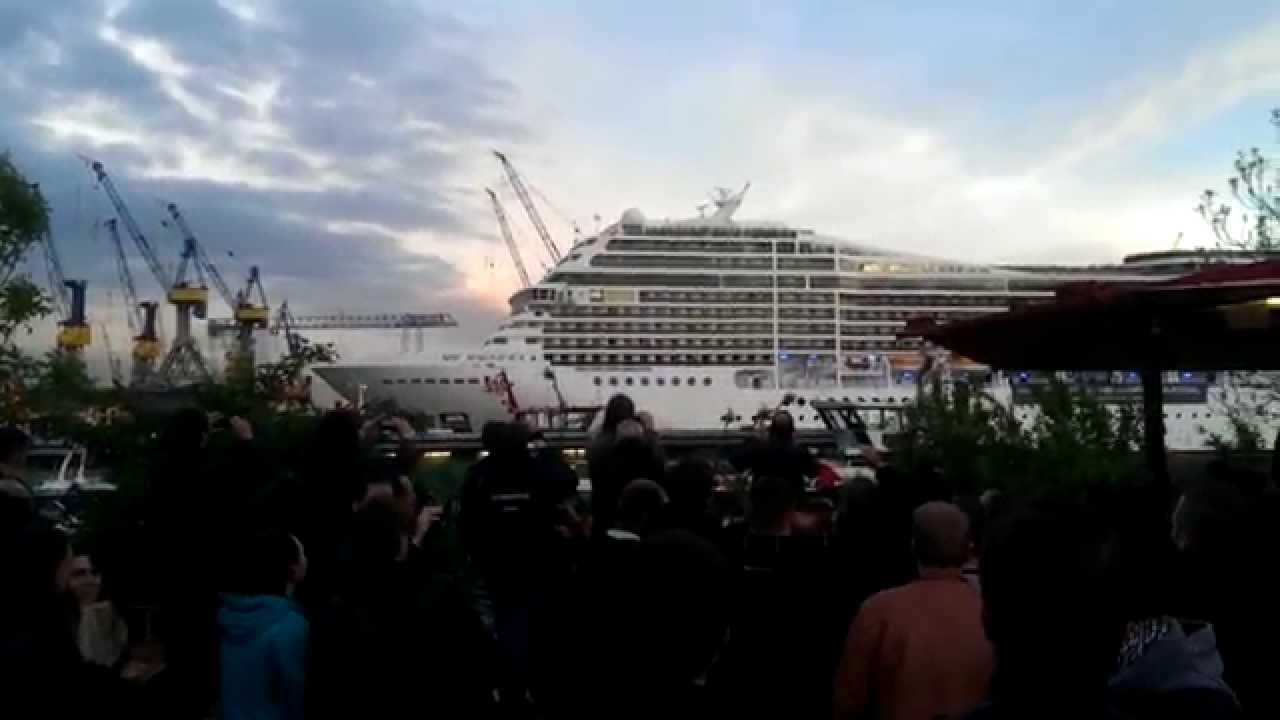