New Symphony of the Seas Fitting Out Photos Released 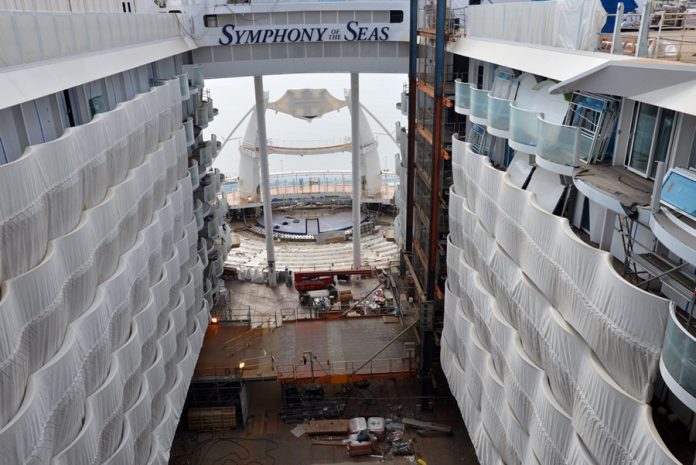 Another month and another set of construction photos have been released by Royal Caribbean from Symphony of the Seas, coming in 2018.

Royal Caribbean has teased us once again with some new photos from on-board Symphony of the Seas which will be completed in Spring 2018. The fourth Oasis-class vessel which will be the largest cruise ship in the world once in service is currently in the fitting out phase. All the interior spaces are being constructed as the main exterior has already been completed.

Take a look at the new photos from Royal Caribbean:

Symphony of the Seas September Photos
1 of 5

If you enjoy taking a look at latest cruise ship construction photos just like us then if you missed them take a look at the last set which the crusie line released.

Symphony of the Seas will be ready for its maiden voyage on April 21, 2018, in the Meditteranean. The large ship will begin Caribbean cruises out of the new Royal Caribbean cruise terminal in Port Miami from November 2018.

The ship is going to be 230,000 gross tons and carrying 6,780 guests at maximum capacity. The construction is taking place at the STX shipyard in France. 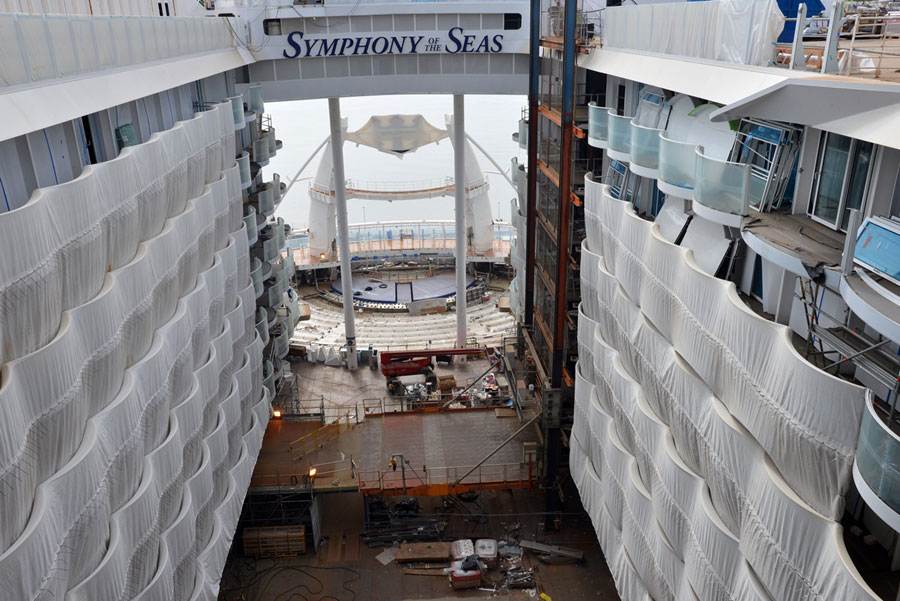