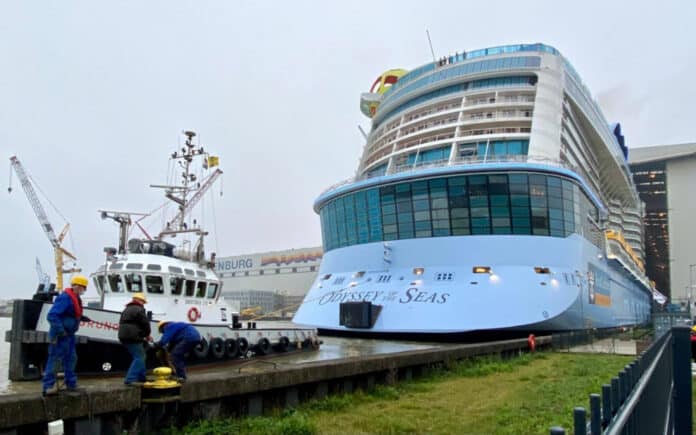 Royal Caribbean’s second Quantum-ultra class cruise ship has floated out of the construction at the Meyer Werft shipyard in Papenburg, Germany. Work will continue on the vessel to make she’s ready to begin cruises in Spring 2021.

Odyssey of the Seas Floats Out

Just recently the new Royal Caribbean cruise ship was having her giant propellers installed and now the ship has been floated out of the construction hall for further work to continue.

On Saturday morning, Odyssey of the Seas started to float out of Hall 6, and the huge cruise ship is now located at the outfitting pier. The masts and chimney are also being installed with the help of a crane after leaving the hall. This can’t be done inside the hall due to the limited height of the facility. The North Star feature that elevates above the ship will also be installed.

Over the coming weeks the main work will be the interior spaces and finishing up all the final areas.

In the coming months, the new vessel will commence on her River Ems Conveyance, a complex Journey towards the North Sea which is only done from this shipyard. The ship will need to fit through the tight locks, but once complete, Odyssey of the Seas will then kickoff Sea Trials.

Not long after that, the ship then finally be delivered to the cruise line as the second ship in the Quantum-ultra class, an evolution to the Quantum-class ships.

Also Read: 14 Things to Know About Royal Caribbean’s Spectrum of the Seas

When Will Odyssey of the Seas Begin Sailing?

Due to the global pandemic, the ship has already been delayed. She was originally set to debut in November 2020 but will now enter service in April 2021. Her inaugural season will be spent sailing the Eastern Mediterranean before heading over the Atlantic to begin Caribbean cruises out of Fort Lauderdale, Florida.

Odyssey of the Seas is 169,000 gross tons measuring 347.1 meters long. The maximum passenger capacity will be over 5,000. She is the sister ship to Spectrum of the Seas which made her debut in 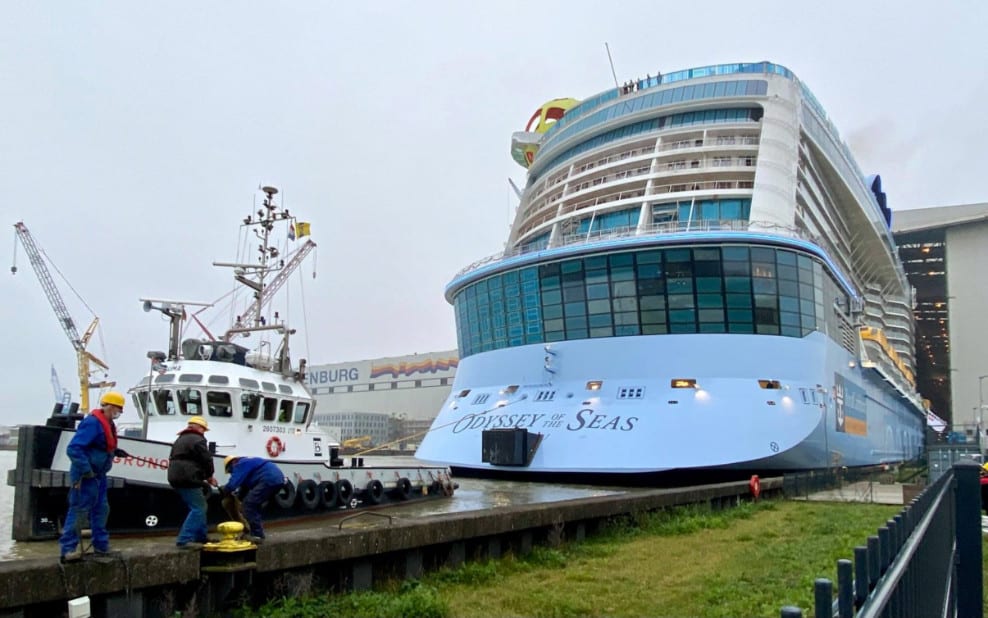