Dream Cruises, one of the world’s newest cruise lines to be based in Asia has released a brand new video rendering of Genting Dream. The ship which will be the cruise lines first ever looks stunning, as a video over 2 minutes takes us on a tour around the vessel.

The Genting Dream is being purpose-built for the Asian cruise market especially China. The ship will have features and experiences which cater to cruisers from the region and will also be one of the largest ever built for China.

Watch the new video rendering below:

The huge 150,000 gross ton ship will feature over 35 restaurants offering tastes from all around the world, the world’s largest reflexology spas at sea, a variety of pools with six water slides along with a lot more. The ship will no doubt have the best shopping experience at sea to cater for Chinese shoppers.

Genting Dream will offer first class service with 2,000 crew members servicing 3,400 passengers. Over 70 percent of staterooms will have a balcony. All those guests will also be able to enjoy the large ropes course which also includes rock climbing on the open deck.

The large vessel which is also a similar design to NCL’s Norwegian Escape is currently in the outfitting phase at the Meyer Werft shipyard in Papenburg, Germany. The ship will be delivered to Dream Cruises towards the end of 2016.

Genting Dream will set sail on its maiden voyage on November 13 from Guangzhou, China. The ship will call at popular Asian destinations and offer several different itinerary options.

A sister ship named World Dream will be delivered in November 2017. 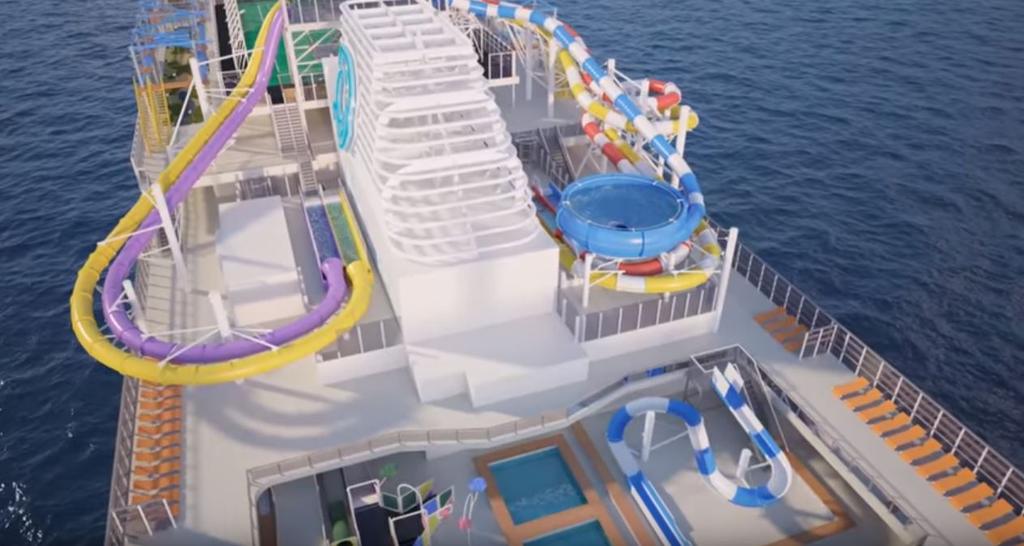