If you’re a fan of cruise ships and an avid cruiser then you probably already know about the future World Class cruise ships being built for MSC Cruises.

While celebrating the newest and largest new cruise ship to date named MSC Meraviglia the cruise line teased us with some additional news. The first official rendering of the World Class ships was released and these new generation vessels are really big! At 200,000 gross tons, the new LNG-powered ships will rival the popular Oasis-class which are operated by Royal Caribbean.

You probably really want to just view the stunning rendering footage of an impressive World Class which has a maximum passenger capacity of 6,850 in 2,760 staterooms. With its futuristic design, we’ll be looking forward to future details on the ships over the coming years.

MSC Cruises has already ordered two World Class ships which will be entering service in 2022 and 2024. The cruise line also has an option for another two which could come in 2025 and 2026. The ships are to built by the STX France shipyard which recently just completed MSC Meraviglia.

For now, we hope you enjoyed the rendering video and keep visiting Cruise Hive for all the latest new and future cruise ship news. 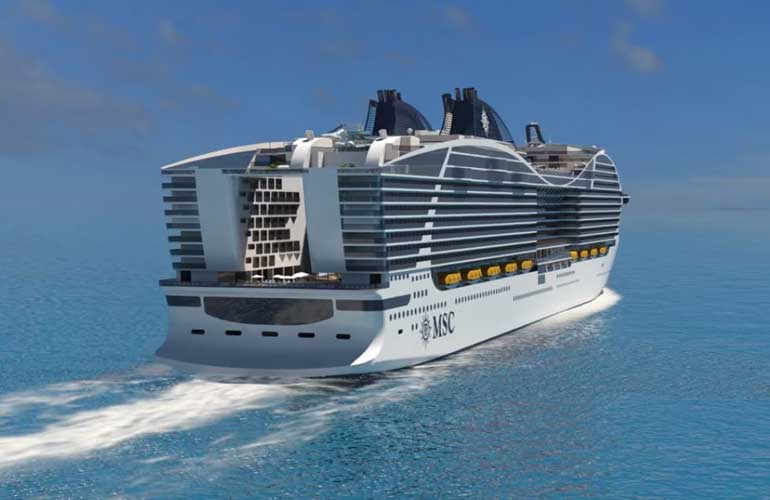