New Ovation of the Seas Video Released By Royal Caribbean

All week has been about Royal Caribbean’s newest addition to the fleet, Ovation of the Seas has arrived! Cruise Hive has been keeping readers updated on the third Quantum class ship all week and now the Miami based cruise line has released another video.

In the new video which can be watched further below we get to see the new vessel arriving at Southampton, UK for the very first time. Royal Caribbean executives share an insight into how popular Ovation of the Seas will become once it begins sailing from China this Summer.

While Ovation of the Seas has been spending some time docked in Southampton the ship also received some new guests. The “Mama and Baby” Pandas designed by a U.K.-based artist Jo Smith Pandas were installed. The new passengers are perched atop the SeaPlex on deck 15 and can be seen reaching out to one another. When you’re cruising on the 167,800 gross ton ship don’t forget to say hello!

Ovation of the Seas will sail a series of cruises out of Southampton before embarking on its 52-day Global Odyssey. The ship will reach its new home port in Tianjin, China and will be christened by Chinese superstar Fan Bingbing on June 24,2016. 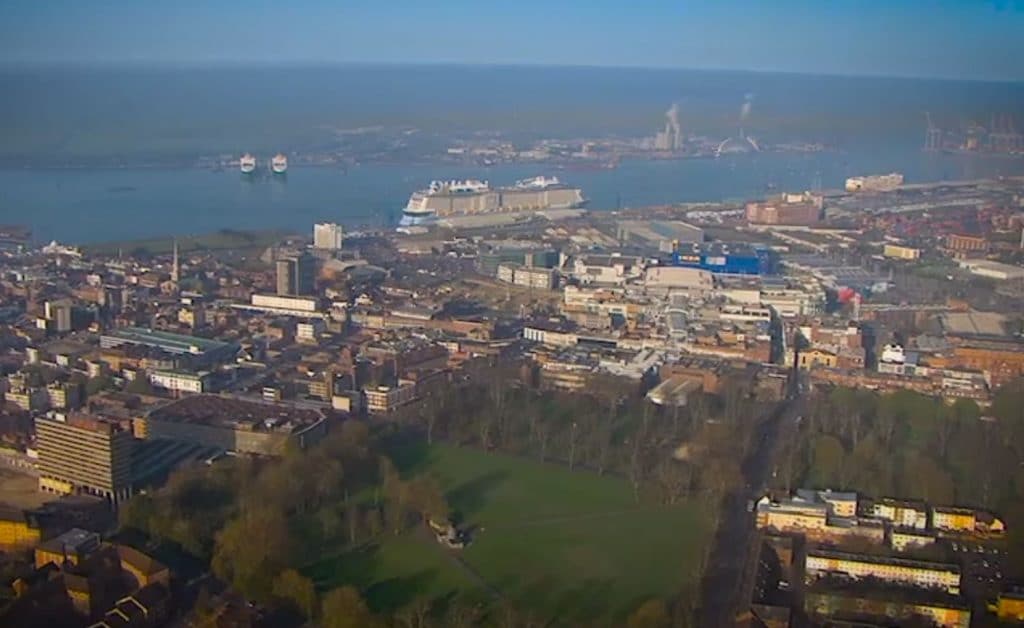