New “Norwegian Next” To Upgrade The Fleet With 250 Million Investment

Norwegian Cruise Line have announced a major new “Norwegian NEXT” renovation program to bring all the ships in the fleet inline with the cruise lines newest ship Norwegian Breakaway and Norwegian Getaway.

NCL will be investing over $250 Million into the new program through to 2015. The new program will bring new enhancements across the fleet in all sorts of different ways. Ship spaces, innovations and technology, dining programs, entertainment and guest activities will all be improved with “Norwegian NEXT”. Many ships will gain the benefit of the new revitalization’s including the Norwegian Pearl, Norwegian Sky and Norwegian Spirit which have all recently had a dry dock. The Norwegian Jewel which has just gone back to service just days ago has also benefited from the new upgrades.

[quote_box_center]”The youngest fleet at sea continues to get even better with our robust enhancement program taking place over the next two years,” said Kevin Sheehan, Norwegian Cruise Line’s chief executive officer. “We want to continue to provide fresh and relevant experiences to our guests every time they sail with us. We are investing significantly in making sure that our guests have the vacation of a lifetime and fully experience what it means to Cruise like a Norwegian.”[/quote_box_center]

The new freestyle dining concept will be added to ships in the fleet which introduces new menus in complimentary dining rooms and Garden Cafes. Also more exclusive dining options thanks to expert and celebrity chefs. One popular space onboard the Breakaway class vessels is Carlo’s Cake Shop which has already been added in recent ship refurbishment. Another well-known venue aboard the class is O’Sheehan’s Neighborhood Bar & Grill which will also be added to other ships in the fleet.

Norwegian Cruise Line is making enhancements just about everywhere even the cruise lines very own private island Great Stirrup Cay in the Bahamas. the line is adding a special Bacardi Bar for guests to enjoy. Also NCL’s new 75 acre site in Southern Belize is expected to open at the end of 2015 which will also include many new enhancements. The new port is to be called Harvest Caye and has had some opposition from locals in the region which Cruise Hive previously reported on.

Let us know what you think of all the new upgrades which Norwegian Cruise will be bringing with Norwegian Next. 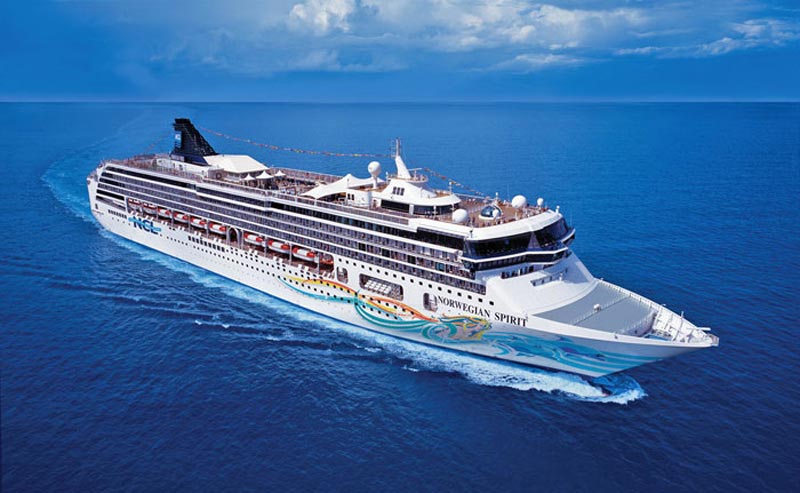