Princess Cruises has announced that four new musicals are on the way from Oscar-winning composer Stephen Schwartz.

In a lavish New York event on March 12th the cruise line revealed the details of some amazing new musicals. This will be a one of kind partnership and an industry first with Schwartz who is well-known for being a three-time Oscar-winning composer for Wicked, Pippin and Godspell.

His first musical for Princess Cruises will celebrate Schwartz’s lifelong fascination with magic. Called Magic to Do, the show will combine thrilling magic with some of Schwartz’s most famous songs and a brand new song written exclusively for Princess. The show will debut aboard Crown Princess in the fall.

“Stephen is hands down one of the most talented and accomplished Broadway composers of all time and we couldn’t be more honored to partner with him to ideate and bring fresh talent together to create memorable entertainment experiences for our guests,” said Jan Swartz, Princess Cruises president. “Princess is known for introducing product innovations and we’re thrilled to embark on this extraordinary new live-show entertainment, unlike anything any cruise line has ever before offered.”

“I’m excited about the possibility of using the enormous resources available with Princess to create new and innovative theatrical entertainment,” said Schwartz. “Their onboard theatres are Broadway-caliber venues with state-of-the-art technical capability, and coupled with their access to first-rate performers, I see it as an extraordinary and almost irresistible opportunity. I have already received overwhelming and enthusiastic interest from talented colleagues – writers, directors, and designers to whom I have spoken – and I hope together we will create new kinds of cruise ship shows to entertain and inspire Princess guests unlike any other productions at sea.”

Schwartz will oversee the creative development for all four shows, bringing together a cadre of Broadway talent to support the productions through direction and design. The Magic to Do team includes: Don Frantz, associate producer of The Lion King and Beauty and the Beast on Broadway, among many other Broadway and international accomplishments; Gabriel Barre, internationally acclaimed director whose credits include the national tour of Pippin and the current Broadway-bound musical, Amazing Grace; Jeremy Railton, four-time Emmy winner whose extensive background in theatre, film, television and multi-media design includes the 2002 Winter Olympics opening and closing ceremonies and the Academy Awards; Ken Billington, Tony award-winning lighting designer with nearly 100 Broadway show credits to his name, including Sweeney Todd and the current production of Chicago; Mark Hartman, award-winning music director with numerous Broadway credits including Sondheim on Sondheim, Avenue Q and the national tour of Pippin; and Jennifer Paulson-Lee, choreographer with credits including Enter Laughing, the Musical, A Rockin’ Midsummer Night’s Dream, 101 Dalmatians and Seussical.

In addition, Jim Steinmeyer, the mastermind behind many of the great magic illusions over the last 25 years, will create the magic experience in Magic to Do. Steinmeyer has worked with some of the greatest magicians of all time including Doug Henning, Siegfried & Roy and David Copperfield.

Auditions for Magic to Do begin next week in New York and Toronto, followed by Los Angeles and Vancouver. Schwartz will participate in the audition process, helping source top talent and performers for the 45-minute show. 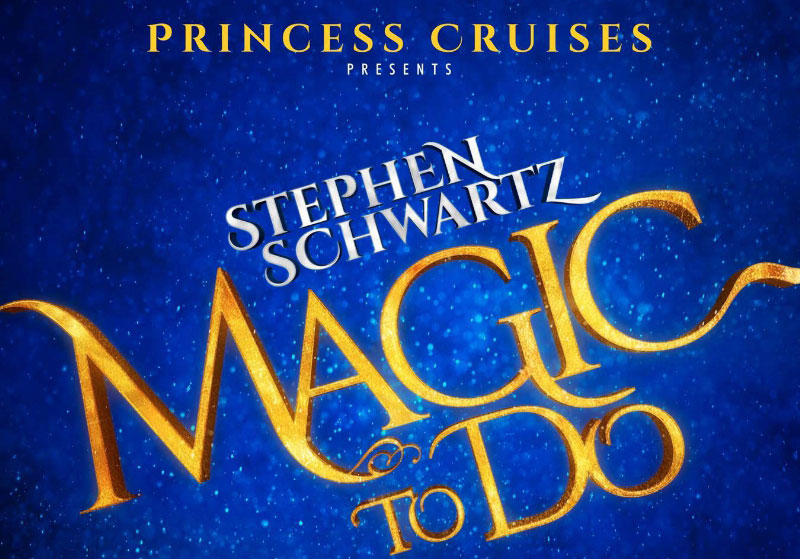