The cruise pier at the Port Zante in the eastern Caribbean island nation of St Kitts and Nevis has been completed.

Get ready even more cruise ships at St. Kitts and even larger ones as the second cruise pier at Port Zante has now been completed. This now means the port can cater for up to three of the largest cruise ships in the world.

We already posted about the pier being almost complete in October, you can read more about it right here.

The island nation welcomed 1 million cruise visitors in the cruising season and that number is expected to rise now that the new pier has been completed.

The 45 million dollar project was financed via four local sources, of which US$5 million came from the country’s Citizenship by Investment (CBI) Programme. The Florida-Caribbean Cruise Association (FCCA) visited the twin islands this week to discuss the further development of the cruise sector in St Kitts and Nevis.

“Our meetings ensure that we understand the needs of the cruise lines and their passengers, receive feedback on our service standards and guest experience and provide insight into cruise industry trends such as new ships and itineraries for upcoming seasons, all of which will help us to remain competitive as a premier cruise destination moving forward.”

We can look forward to much larger ships starting to include calls to St. Kitts including the new and future Oasis-class vessel from Royal Caribbean and even the new LNG generation ships from the Carnival Corporation.

Also Read: 20 Things to Do in St. Kitts While on a Cruise

The Caribbean nation has a population of 55,000 and Port Zante is located in the capital Basseterre in the southern part of the St. Kitts island. 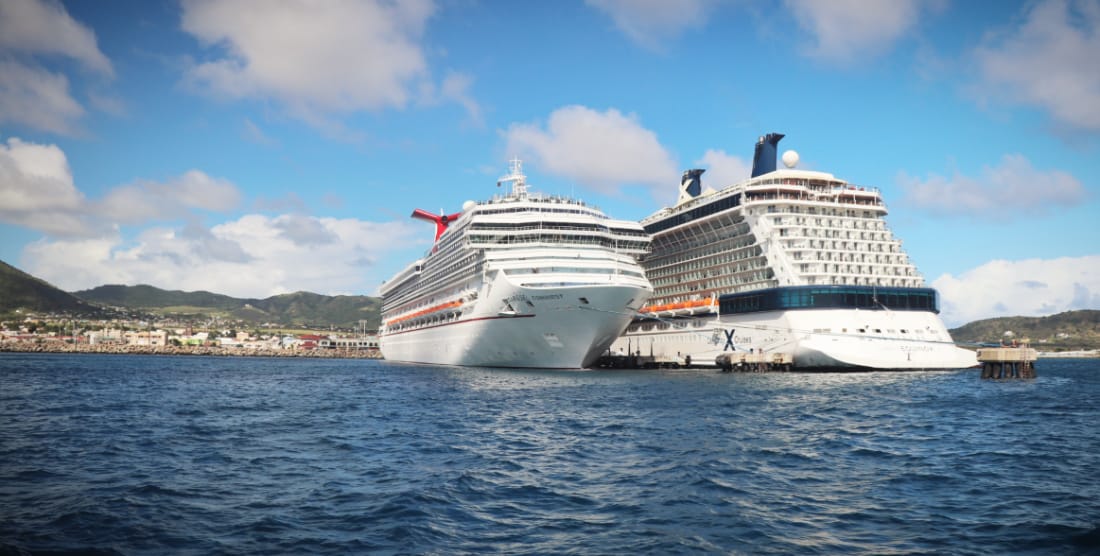