One of the largest and newest cruise ships in the world has crashed into the pier in Palermo, Italy causing damage.

The MSC mega-ship which was only recently christened in early November 2019 has crashed into the pier in Palermo, Italy. No injuries have been reported including passengers and crew on board the vessel.

As the giant 181,000 gross ton vessel was maneuvering to dock at the Port of Palermo on the island of Sicily in Italy at around 8:30 AM on Monday when she hit the Vittorio Veneto pier. Due to high winds at the time the ship hit the corner of the pier on her stern port side. Footage has been posted online of the accident including the one from Alessio Sutera below:

MSC Grandiosa seems to just have some scratches but as the area is located near the waterline there is no doubt further inspections were needed to make sure she was seaworthy. The majority of the damage looks to be the corner of the pier with some huge chunks now missing.

As of writing this, the MSC cruise ship departed the port as scheduled at around 5:00 PM which means there shouldn’t be any delay or impact to the current voyage. The scheduled port of call is in Valetta, Malta on Tuesday with the arrival of around 9:00 AM.

The new cruise ship is currently on a 7-day Meditteranean cruise which departed Civitavecchia, Italy on December 29. She is a Meraviglia Plus class vessel and one of the largest in the world. MSC Grandiosa has a maximum guest capacity of 6,334 along with 1,704 crew members. She was delivered to MSC Cruises on October 31, 2019.

MSC Cruises has previously had some similar accidents including two MSC ships crashing in the port Port of Buenos Aires in February 2019. Also in 2018, the MSC Armonia crashed into the pier in at the port of Isla Roatan, Honduras, and the pier was badly damaged. 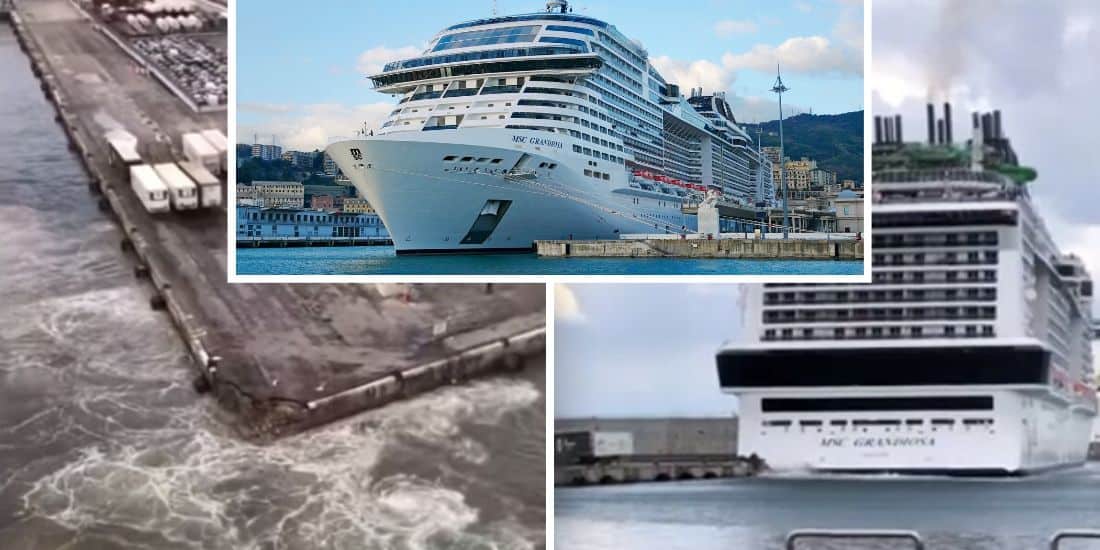