British based cruise line Thomson Cruises has revealed plans for Thomson Discovery, a new addition to the fleet from June 2016.

The cruise line first teased the new livery on its Facebook page just days ago but now even more details have been revealed, including new dining restaurants and new entertainment already seen on other ships in the Thomson fleet. In six months the new look ship which was previously named Splendour of the Seas and operated by Royal Caribbean will be the largest ship in the Thomson fleet.

Two new dining venues will be added during a major modernisation before entering service. Snack Shack will be a beach styled snack area located on the ship’s pool deck. Passengers will be able to enjoy popular beach grills including quesadillas and nachos. During the night Snack Shack will offer guests popcorn and cocoa for those amazing movie nights at sea. A new italian restaurant called Gallery 47 will be added above the ship’s main dining room. Guests can enjoy contemporary Italian food.

“I’m really delighted to start unveiling our plans for Thomson Discovery as we are now just six months away from the launch. A big focus of our strategy is to modernise our on-board customer experience. On Discovery we’ll be offering our customers more choice and balance so they can really personalise their cruise with us. I’m confident the new signature restaurants, together with other exciting on board features, will delight our current cruise customers while attracting new ones too, especially families.”

The new livery as seen in the feature image above will showcase Thomson Cruises across the world. The new wave design is in-line with Thomson’s airliners and keeps the brand consistent across all markets. Entertainment onboard the Thomson Discovery will be provided by PEEL Entertainment Group which has been keeping guests entertained since the launch of Thomson Cruises in 2003.

once Thomson Discover enters service for the cruise line in June 2016 it will be based in Parma. Cruises will sail to Naples, Barcelona and Cadiz departing every Saturday. During the Winter 2016 season the ship will sail from its new home port in Barbados where a new “No Sea Day” Seven Shores Caribbean itinerary will be offered.

The 69,100 gross ton Thomson Discovery will be carrying 1,830 passengers across 915 cabins and feature a rock climbing wall, outdoor movie screen and eight bars and lounges. 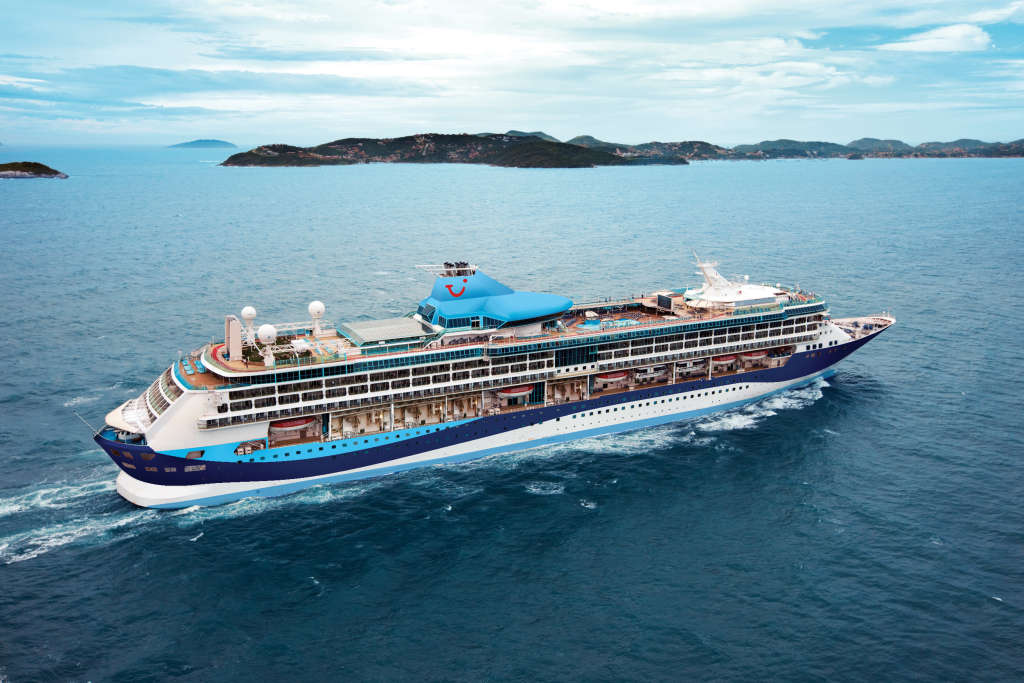