Norwegian Cruise Line has revealed it’s itineraries for 2016 and 2017 including some new routes.

Highlights include the addition of San Juan, Puerto Rico as a seasonal homeport for Norwegian Gem, along with new eight-day Eastern Caribbean and six-day Western Caribbean Norwegian Escape sailings from Miami. In addition, all guests sailing a Western Caribbean itinerary in 2016/2017 will have the opportunity to enjoy a visit to Harvest Caye, Norwegian’s new island destination in Belize.

Seasonally, Norwegian also continues to offer three ships in Alaska, four in Europe, two in Bermuda, as well as a variety of exciting South America; Bahamas & Florida; and repositioning cruises. Norwegian will also continue to offer its unique inter-island Hawaii cruises year-round on Pride of America from Honolulu and short Bahamas itineraries from Miami year-round on Norwegian Sky. The new itineraries open today for group bookings, and go on sale on December 16, 2014 for our Latitudes Rewards guests and President’s Club travel partners and on December 18, 2014 for all bookings.

“Once again, Norwegian Cruise Line continues to offer a wide variety of exciting cruises for our guests to choose from in 2016 and early 2017,” said Drew Madsen, Norwegian’s president and chief operating officer. “Guests can cruise to the Caribbean year-round while experiencing the incredible innovations on Norwegian’s newest ships, Norwegian Escape and Norwegian Getaway. In addition, we continue to offer the best of Europe on four beautiful ships including Norwegian Epic year-round, and the opportunity to experience the scenic beauty of Alaska on some of the youngest ships in the industry.”

So lets take a look at some of the itineraries that NCL has announced below:

Norwegian will continue its tradition of sailing from both New York City and Boston to the pink sand beaches of Bermuda between April and October, 2016. Norwegian Breakaway will return to Bermuda, sailing from New York City on seven-day cruises every Sunday from April 24, 2016 through October 23, 2016. From Boston, Norwegian Dawn will sail seven-day cruises, departing every Friday, from June 3, 2016 through September 2, 2016 and from October 7, 2016 through October 21, 2016.

Norwegian returns to homeport in San Juan, Puerto Rico in 2016 on Norwegian Gem. She will sail a seven-day Southern Caribbean itinerary from San Juan on October 23, November 6 and 20, and December 4, 2016. Ports of call will include Bridgetown, Barbados; Fort-de-France, Martinique; Basseterre, St. Kitts; Philipsburg, St. Maarten; and St. Thomas, U.S. Virgin Islands. Norwegian Gem will also sail a variation of the seven-day Southern Caribbean itinerary on October 30, November 13, and November 27, 2016. Ports of call include

Norwegian will continue to sail three ships in Alaska in the summer of 2016: Norwegian Pearl and Norwegian Jewel from Seattle, Washington and Norwegian Sun from Vancouver, British Columbia and Seward, Alaska.

Norwegian Jewel, departing Saturdays, will sail a series of seven-day Sawyer Glacier cruises from Seattle between May 7, 2016 and September 10, 2016. Departing Sundays, Norwegian Pearl will set sail on seven-day Glacier Bay itineraries from May 15, 2016 through September 18, 2016. Both itineraries feature stops in Ketchikan; Juneau; Skagway, Alaska; and Victoria, British Columbia.

For those wishing to cruise on a longer Alaska itinerary, Norwegian Jewel will sail one ten-day Glacier Bay itinerary on September 17, 2016, and will visit Ketchikan; Juneau; Skagway; Icy Strait Point; and Sitka, Alaska; and Victoria, British Columbia.

Norwegian Sun will sail seven-day Glacier Bay one-way cruises between Vancouver, British Columbia and Seward, Alaska every other week from May 30, 2016 through September

5, 2016. Sailing north from Vancouver, guests will enjoy a cruise through the Inside Passage, Glacier Bay and Hubbard Glacier and visits to Ketchikan, Skagway and Juneau, Alaska. On Norwegian Sun’s Southbound seven-day Sawyer Glacier one-way itineraries from Seward, Alaska, sailing every other week from June 6 to September 12, 2016, guests will cruise the Inside Passage, Sawyer Glacier and Hubbard Glacier and enjoy stops in Icy Strait Point, Juneau, Skagway, and Ketchikan, Alaska. Norwegian Sun’s one-way cruises give guests the opportunity to see more of beautiful Alaska and make their cruise an adventure by adding on a pre or post-cruise CruiseTour, giving guests the chance to experience more of Alaska.

Norwegian Sun will also offer three seven-day Glacier Bay roundtrip cruises from Vancouver on May 16, 2016, May 23, 2016, and September 19, 2016. Ports of call will include Juneau, Skagway, and Ketchikan, Alaska, and will include cruising the Inside Passage and Glacier Bay.

Norwegian will offer a four-ship deployment in Europe during the summer of 2016. Norwegian Epic will remain in Europe year-round from her homeport in Barcelona, sailing seven-day Western Mediterranean itineraries from April 17, 2016 to November 20, 2016. Her exciting ports of call include Naples, Italy; Rome (Civitavecchia), Italy; Florence/Pisa (Livorno), Italy; Cannes, France; and Palma, Majorca, Spain.

Norwegian Star will return to the Baltic, offering nine-day cruises from Copenhagen, Denmark on May 8 and 24, June 2 and 25, and July 4 to September 5, 2016. This exciting itinerary includes an overnight in St. Petersburg, Russia, as well as a scenic sail through the Stockholm Archipelago following the ship’s afternoon departure from Stockholm, Sweden. Other calls include Warnemünde, Germany; Tallinn, Estonia; and Helsinki, Finland.

On June 11, 2016, Norwegian Star will sail a 14-day North Cape itinerary, during the summer solstice. This incredible itinerary will set sail from Copenhagen, Denmark and will visit the best of Norway including Alesund, Hellesylt, Geiranger, Trondheim, Leknes, Tromso, Hammerfest, Honningsvag, Molde, and Bergen, Norway. This itinerary can also be combined with a nine-day Baltic Capitals itinerary for the ultimate northern Europe experience.

Norwegian Star will also sail two seven-day Norwegian Fjords itineraries from Copenhagen, on May 1 and 17, 2016. This breathtaking itinerary will sail through the beautiful fjords of southern Norway featuring stops in Alesund, Geiranger, Flam and Bergen.

Norwegian Jade will return to Venice and sail alternating seven-day Greek Isles and seven-day Adriatic, Greece & Turkey itineraries from May to October 2016. Guests may also choose to combine these two exciting itineraries to enjoy the ultimate 14-day adventure. The Greek Isles sailings will run from May 7, 2016 to October 1, 2016 with calls in Corfu, Santorini, Mykonos, and Olympia (Katakolon), Greece, while the Adriatic, Greece & Turkey itinerary includes Dubrovnik, Croatia; Athens (Piraeus), Greece; Ephesus (Kusadasi), Turkey; and Split, Croatia from May 14, 2016 to September 24, 2016.

On May 21, 2016 and June 4, 2016, Norwegian Gem will sail eight-day Bahamas and Florida sailings that feature an additional sea day, as well as a full day in Orlando and the Beaches (Port Canaveral).

The recently-enhanced Pride of America will continue to sail her very popular seven-day Hawaii itinerary departing from Honolulu every Saturday through April 2018. Offering more than 100 hours of sight-seeing time, ports of call include an overnight in Kahului, Maui; Hilo, Hawai`i; Kona, Hawai`i; an overnight in Nãwiliwili, Kaua`i; and an afternoon cruise past the breathtaking Nãpali Coast.

In spring of 2015, Norwegian will offer a variety of once-in-a-lifetime repositioning cruises including Caribbean repositioning, Transatlantic cruises and Pacific Coastal itineraries.

Lots to look forward to in the coming years from Norwegian Cruise Line, let us know what you think of the itineraries in the comments below. 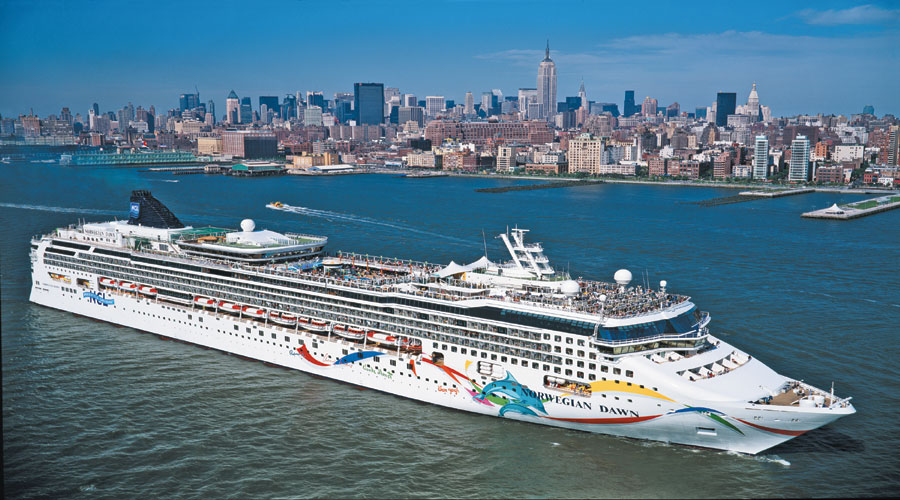