German based Aida Cruises upcoming cruise ship the Aidaprima has been floated out on water for the very first time at the Tategami Plant of Nagasaki Shipyard of Mitsubishi Heavy Industries Ltd. (MHI) in Nagasaki, Japan.

The float out happened on Sunday May 3rd and is a major construction milestone for the new generation Aida ship. Once the ship had touched water for the first time it was hauled from the MHI Tategami shipyard to its new location at the Kojagi Dock on the outskirts of Nagasaki. The large ship will now go into the next phase of construction which includes all the interior fittings. Contractors will board the ship and begin setting up all the lounges and spaces.

The new generation ship which is the first of two ordered by the German cruise line has a newly designed hull which increases it;s energy efficiency considerably. Fumes released will also be improved with a new comprehensive filter system for reducing emissions.

Take a look at some of the latest images of the ship from Aida Cruises:

Aidaprima is set to begin its maiden voyage from Yokohama on October 1, 2015. The ship is 124,500 tons making it the largest ship ever for Aida Cruises. The ship will also be able to carry over 3,000 passengers who will mostly be Germans.

Cruise Hive is really excited about this new ship for 2015 which is being constructed in japan and away from Europe. The ship will bring many new onboard features including the Beach Club which will be located under a special weather-independent transparent dome. The dome will also be connected to several other activity areas including a rock climbing wall, water slides and Aida Mini Club for kids. 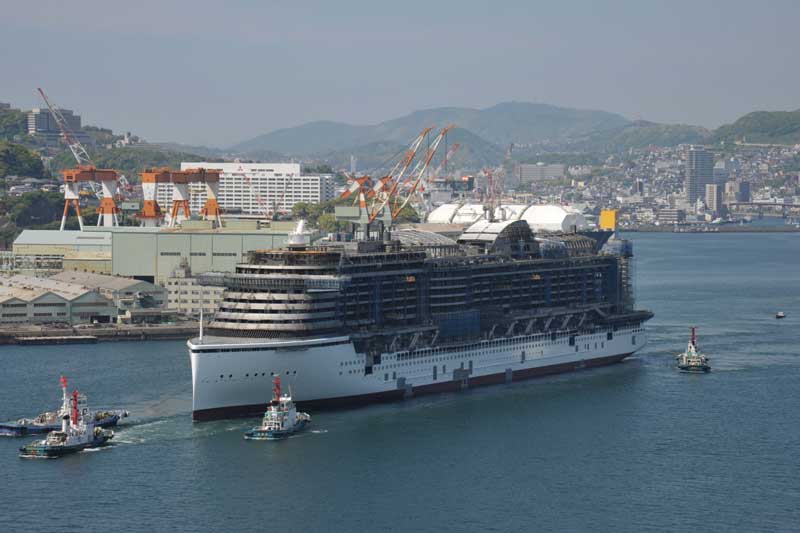