We all want to know how our favorite cruise ports and locations have been affected by Hurricane Irma and new footage has emerged from Grand Turk.

Grand Turk in the Turks and Caicos is one of those stunning islands which cruise passengers never forget. Since Hurricane Irma hit late on September 7 there hasn’t been much coming out from the once popular Carnival cruise ship destination but now new footage has emerged.

Jack Shack and Oasis Divers South Base after Hurricane Irma

A special Facebook page for Grand Turk which has recently been setup posted a new video which shows the very popular bar called Jack’s Shack. The bar has been a huge hit for cruise passengers and crew for many years and is located further along the beach past Margaritaville. The bar looks mainly intact but there is some roof damage and debris which we hope isn’t too bad.

We also get a glimpse of the beach and cruise ship pier which all looks to be fairly decent. Carnival Cruise Line ambassador John Heald also recently posted online that Grand Turk is fine and is back open ready for cruise ship passengers. 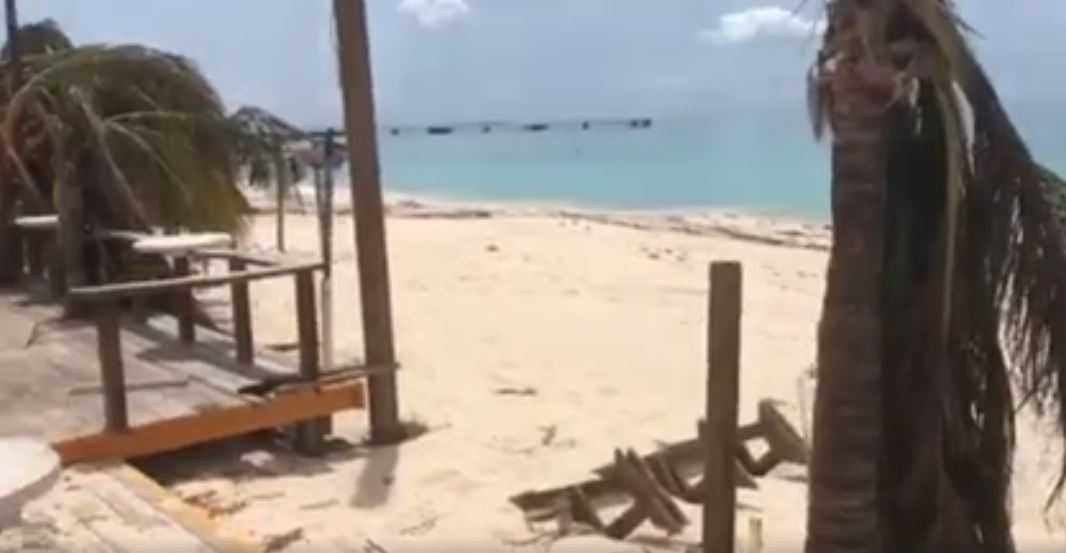