Carnival Cruise Line has revealed some new details about the French Quarter Zone on the new Mardi Gras cruise ship coming later in the year.

In episode two of the behind the fun video series called “The Making of Mardi Gras” new details have been revealed about the French Quarter Zone on the new cruise ship coming later in the year. We learn about two new bars and Emeril’s Bistro 1396 restaurant.

The French Quarter Zone which is one zone out of six will be the entertainment hub of the ship featuring classy venues including dining and cocktail experiences. Carnival has detailed three stunning venues that guests will truly enjoy.

The bar is inspired by the city’s Garden District and jazz culture. Adorned with ornate décor reminiscent of the grand mansions of the South, brass instruments and a vibrant gold bar with lush greenery wall accents, guests will enjoy live jazz and blues along with classic cocktails.

The bar features Victorian design elements with a contemporary twist, conveying the uniqueness of New Orleans with hand-crafted cocktails that change color, bubble and shimmer. The curated collection of interactive cocktails blended with mesmerizing effects includes the Abracadabra, the Golden Galaxy made with real gold and the all-black New Moon.

The world-renowned chef and restaurateur Emeril Lagasse’s first seagoing restaurant. Named after Mardi Gras’ hull number at the Meyer Turku shipyard in Finland, the restaurant will showcase Lagasse’s signature dishes including cochon de lait po-boys and his famous barbecue shrimp, as well as Creole favorites including gumbo and jambalaya.

About Mardi Gras and Video Series

The latest episode featured Carnival’s Vice President of Beverage Operations Edward Allen and Lagasse in his New Orleans restaurant. Showcase some jazzy looking drinks and food which will be available once the ship is in service.

If you missed the first episode in the series you can take a look here. The series is hosted by Carnival Cruise Line Ambassador John Heald and leading Cruise Director Matt Mitcham who will be the cruise director for the new mega-ship. There is a total of eight episodes so another six to go!

The LNG powered cruise ship which will be the largest ever for the cruise line is currently under construction at the Meyer Turku shipyard in Finland. The 180,000 gross tone vessel which features the first roller coaster at sea will begin cruising out of the new Carnival terminal at Port Canaveral on November 14, 2020. 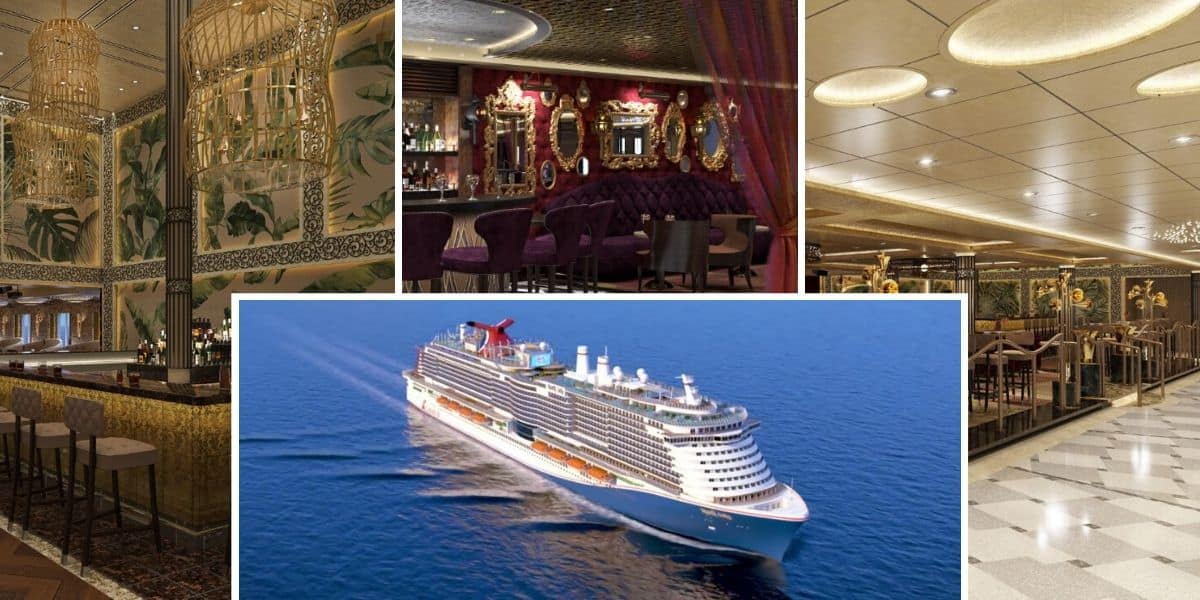