Dream Cruises which is a luxury cruise line based in Asia has revealed further details about its huge new 204,000-ton mega ship which will arrive in 2021. She will have the largest cabins in the industry, groundbreaking features including a roller coaster and will even cruise from the U.S. west coast.

If you thought the Oasis-class cruise ships were big then how about the new Global-class from Dream Cruises! They rival the world’s largest class cruise ships at an impressive 204,000 gross tons and a maximum passenger capacity of 9,500 or 5,000 at double occupancy across a total of 2,503 cabins.

Dream Cruises has now released further details about the ship as construction is well underway with completion in 2021. The yet to be named luxury vessel is being built at two MV Werften shipyards in Germany and the largest cruise ship ever to be constructed in the country.

It’s all being done thanks to the order of this new class vessel from parent company Genting Hong Kong which also owns the shipyard.

Largest Cabins in the Industry

In an event held in Hong Kong, the shipyard flew over a sample cabin of what the new cruise ship will feature. The 20 square meter cabins will be the most spacious in the industry and larger than any other cruise line. Each regular cabin will be able to accommodate up to four people.

There will be a unique two bathroom design and a sofa which can fold out into an extra bed. The cabin can also be divided with a privacy curtain.

The modern cabins will have new technology features such as Bluetooth locks and a full-featured smart system which enables passengers to control LED mood lighting and climate control. The tech can be used via an app, voice recognition and a touch screen panel within the cabin.

There will be more comfort than ever before with triple vent air-conditioning, automatic lighting, and temperature which will know when occupants are in the cabin.

The Global class will also feature a Cineplex, an Asia and western style spa, extensive shopping facilities, water park with water slides, sports facilities, a wide range of bars and international dining venues along with fast food restaurants. The ship will also be the first to feature public escalators to help guests get from different areas of the ship.

The mega cruise ship will showcase her self across the world and won’t just be cruising in Asia. The summer 2021 season will be spent sailing out of Shanghai and Tianjin in China. Then later in the year cruises from Australia and New Zealand will be offered. The ship will even be deployed on the U.S. west coast in the winter.

Genting has ordered two of these Global class vessels for Dream Cruises coming in 2021 and 2022. They will become the second largest cruise ships in the world and the largest passenger capacity ships in the world. 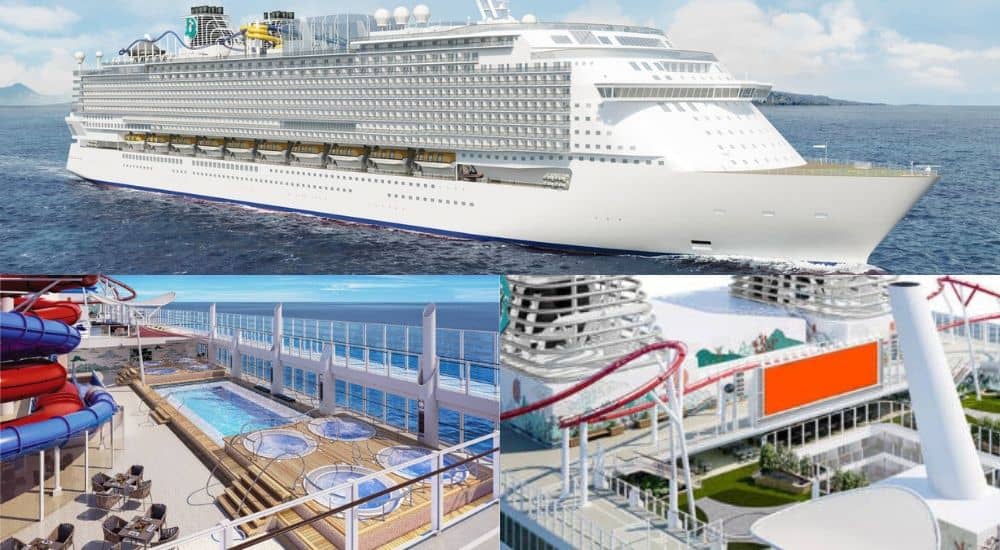