New Cruise Ship for the UK Floats Out of Construction Hall

New cruise ship Spirit of Adventure has floated out of the construction hall at the Meyer Werft shipyard in Papenburg, Germany.

Even though the cruise industry has temporarily shut down we can still be excited about new cruise ships such as the Spirit of Adventure which has floated out of the construction dock in Germany.

The ship has been under construction in the covered building hall 5 for British cruise line Saga Cruises. This will be the very first time the ship has floated out as one and marks a major construction milestone.

Cruise Hive readers can take a look at the photos released by the shipyard the moment the vessel was floated out and the huge funnel was lowered into place:

Spirit of Adventure Floats Out
1 of 5

It’s a complex process as the vessel inched out very slowly. Also, the funnel was lifted by a crane and installed as this can’t be done while inside the hall. The ship has now been moved to the outfitting pier where the majority of the focus will now be on all the interior spaces.

Over the coming weeks, outfitting will continue and many tests will be made. In August Spirit of Adventure will likely begin her passage along the River Ems which is commonly know has Conveyance. Once the slow journey along the river is completed the vessel will dock at the Port of Emden to start the essential sea trials.

The new vessel which will become the sister ship to Spirit of Discovery has been delayed due to the global health crises. Even though the Meyer Werft shipyard is closed for six weeks as Cruise Hive reported here, Saga has agreed with the shipyard that work will still continue on the Spirit of Adventure until completion.

The ship will hopefully begin cruising in November 2020 but that does depend on advice from the UK Foreign office, new health measures to keep everyone safe, and travel restrictions across many countries.

Spirit of Adventure will be 58,250 gross tons with a guest capacity of 999 at double occupancy along with 517 crew members. She’s not like the usual mega-ships Meyer Werft is well known for building but will offer a luxury cruise experience to the UK market. 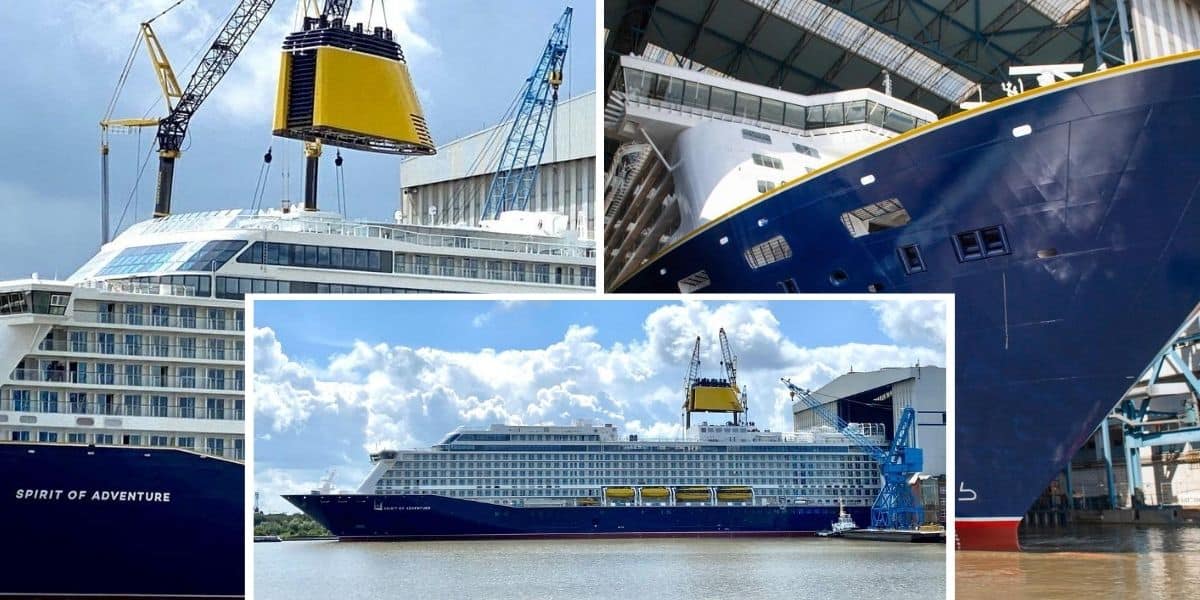