New cruise ship Viking Jupiter has been delivered as the sixth ocean vessel for Viking Cruises. The cruise line will welcome ten more vessels to expand the fleet to 16 by 2027.

The luxury cruise line has taken delivery of Viking Jupiter the sixth vessel now in the fleet. A ceremony took place at the Fincantieri shipyard in Ancona, Italy which is where the ship was constructed.

This means Viking Cruises official takes over control of the new ship from the shipyard in preparation of the first Journey to Antiquities cruises starting on February 16, 2019.

“It is always a proud moment when we are able to welcome a new ship to our fleet.”

“Viking Jupiter is our sixth ocean vessel in just four years– a clear sign of the positive response to our approach to ocean cruising. We are different because we focus on the destination, and that resonates with our guests. We are pleased that with continued growth we have the opportunity to introduce even more travelers to the Viking way of exploration.”

The ship will offer sailing between Athens and Rome starting this month. Throughout its maiden season, the new ship will offer itineraries in the Meditteranean and Scandinavia and Viking Jupiter will officially be named in Oslo on June 6 by her ceremonial godmother, Sissel Kyrkjebø, the acclaimed Norwegian soprano.

Also Read: The Longest-Ever Continuous World Cruise Has Been Announced!

Viking Ocean cruise ships are simply stunning and provide guests a much more involved cruise experience with more time in port and extremely good service onboard. There are some major benefits cruising with Viking such as every cruise fare including an outside stateroom, one free shore excursion in each port and even free wi-fi throughout the voyage. We might just have to add a cruise with Viking on our list! 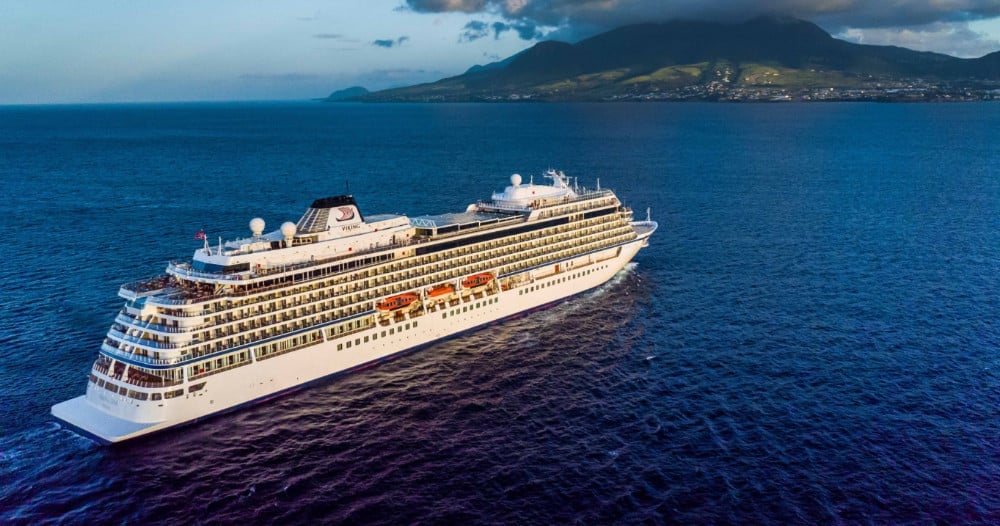