While cruise ships are on hold and not sailing, there is plenty going at PortMiami with Virgin Voyages; new cruise terminal rising up. The cruise line has released some new photos that show the current progress of the development.

The cruise line that has yet to officially kick-start sailings, has shared the latest construction photos of its future cruise terminal at the cruise capital of the world, PortMiami in Florida.

Construction of the terminal is still in the early stages and is now starting to rise. For the first time, we can see some of the physical building going up, and over the coming months, we’ll start to see the facility take shape.

PortMiami also recently posted some video footage of the construction site on December 2:

The terminal is located at the northwest side of the port just off the side of the main terminal row that caters to all the major cruise lines. Once completed the Virgin facility will be 100,000 square feet and its Miami-inspired design is thanks to designers from Arquitectonica.

The terminal will feature pal tree grove shaped roofing that will be a pleasant view across from the Miami skyline. The two-story facility will also have a VIP area, ride-sharing areas, and a lot more which the cruise line no doubt tease through 2021.

The terminal is scheduled to be completed in November 2021 which should be around the same time that Valiant Lady finally debuts.

At the moment Virgin Voyages is on hold and the cruise line has recently announced that both of its ships will remain on hold even longer. Scarlet Lady will begin cruises out of Miami on May 9, 2021, and sister ship Valiant Lady will start sailing from the same port on November 14, 2021. 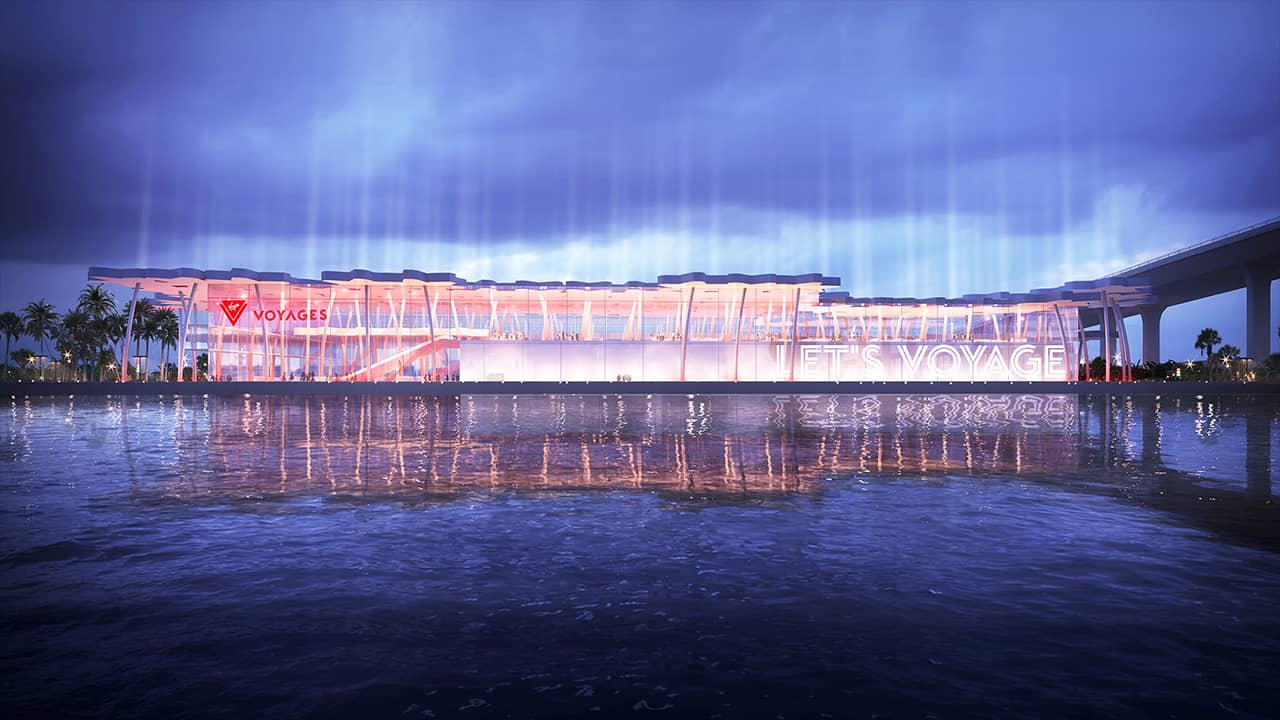