The new Celerity Apex cruise ship has received a warm welcome from her sister ships as she approached the U.S. for the very first time.

As the newest addition to the Celebrity Cruises fleet approached the United States for the very first time she was welcomed by five of her sister ships.

History was made as the Celebrity Apex arrived in the Bahamas before heading to the U.S. ready for when cruises do a resume. The new flagship was met by Celebrity Reflection, Celebrity Equinox, Celebrity Silhouette and Celebrity Summit, and the identical Celebrity Edge that made her debut in 2018.

Celebrity Apex has come to the end of a transatlantic voyage which first started out of Southampton, UK. The vessel also made a technical call at Ponta Delgada in the mid-Atlantic Ocean as part of the long journey to North America.

Celebrity Apex in the Bahamas
1 of 4

With Celebrity’s newest and great cruise ship heading across the Atlantic, some say it’s a sign that the cruise line is preparing to resume operations and have the ship ready for service. When a new vessel enters service it can take time to get the crew on board and set up departments ready for the first guests.

Celebrity Cruises took delivery of the second-Edge class cruise ship back on March 27, 2020, from the Chantiers-Atlantique shipyard in Saint-Nazaire, France. Since then, the ship has remained in Europe while the cruise line has suspended operations.

Celebrity Apex was originally scheduled to debut out of Barcelona, Spain on May 27, 2020, but will instead be kicking off cruises out of Fort Lauderdale, Florida, and sail Caribbean itineraries.

All Photos Via: Celebrity Cruises 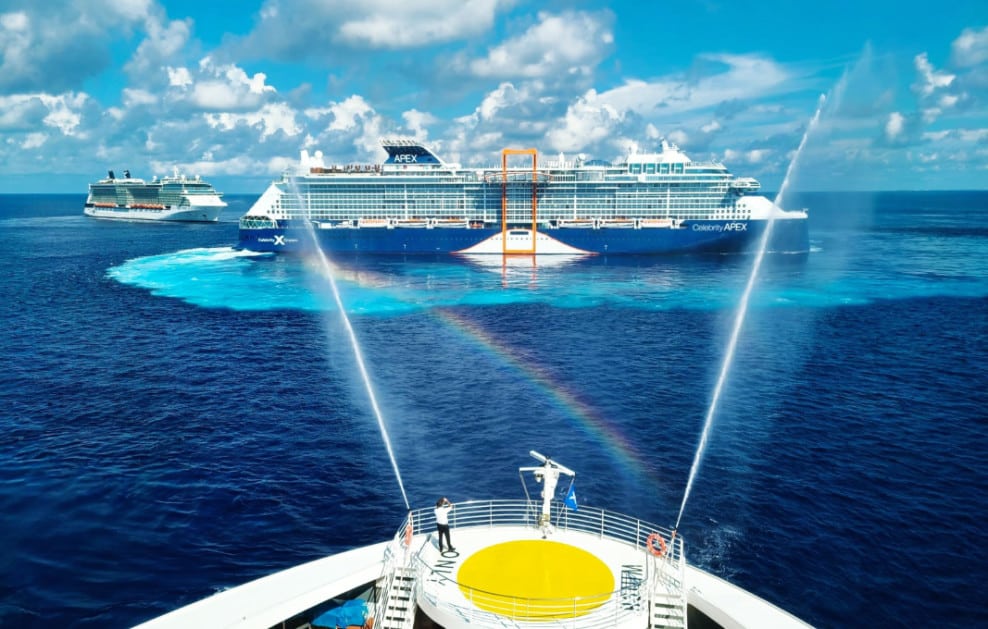