Celebrity Edge which is the new-class ship recently delivered to Celebrity Cruises has departed on her 4,000-mile transatlantic voyage. The new ship is sailing a 4,000-mile journey to her new homeport in Florida.

The first Edge-class cruise ship for Celebrity Cruises is now making her way across the Atlantic towards her new home at Port Everglades, Florida. The ship will be based out of Terminal 25 (T25) and isn’t spending any time sailing in Europe before her debut in the United States.

Onboard are 1,400 crew members who joined the ship while she was still docked at the french shipyard. Since even before Celebrity Edge was delivered the crew started arriving to get the ship ready for service, this will continue during the transatlantic voyage.

Celebrity Edge will arrive in the U.S. for the very first time on Monday, November 19, 2018. The ship will then begin her inaugural season sailing alternating 7-night Eastern and Western Caribbean itineraries. The ship’s maiden Western Caribbean cruise will depart on December 9 an include calls at Key West, Cozumel, Costa Maya and George Town in the Cayman Islands. The Eastern Caribbean maiden cruise will depart on December 16 and include calls at San Juan, Puerto Rico; Tortola, British Virgin Islands and Philipsburg, St. Maarten.

Before Celebrity Edge begins her regular Caribbean itineraries there will be two short 3-night preview cruises starting on December 6. The two cruises will sail to the Bahamas only and this will be the first chance cruise professionals and travel agents can experience the ship.

In Spring 2019, Celebrity edge will sail back across the Atlantic once again to sail in the Mediterranean offering 7-night to 11-night itineraries.

The Celebrity cruise ship is the most innovative ever built for the cruise line, you can learn more about her delivery and the major construction milestone for the sister ship Celebrity Apex right here. 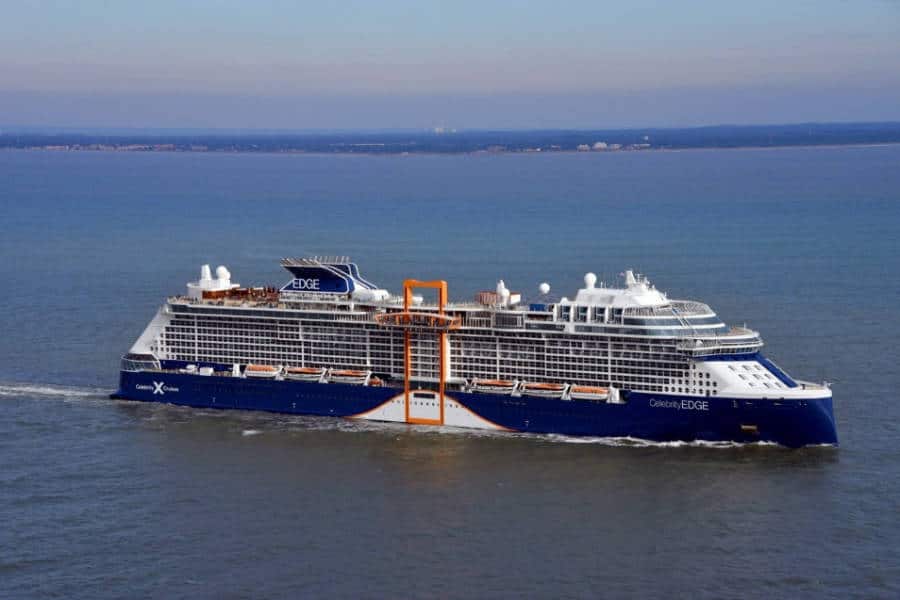