The Carnival-owned Costa Smeralda cruise ship has finally been delivered to Costa Cruises after major delays.

After long delays, the Costa Smeralda cruise ship has finally been delivered from the Meyer Turku shipyard in Finland to Carnival-owned Costa Cruises. The handover ceremony took place at the shipyard and comes after two delays as the vessel was first scheduled to enter service mid-October.

“Costa Smeralda will be a further boost to the use of LNG in cruise ships, a technology our company has pioneered in the cruise sector.”

“It is an exciting evolution in maritime transport, as it guarantees a significant reduction in our environmental impact.”

The giant vessel which is powered by Liquified Natural Gas (LNG) also recently successfully completed sea trials. The ship underwent many technical tests while out at sea to make sure she is seaworthy and ready for cruises.

Costa Smeralda is scheduled to depart Turku shipyard in Finland on December 6 for the Mediterranean, where it will be refueled with LNG in Barcelona on December 18, followed by calls to Marseille on December 19 and Savona on December 20, as part of three presentations with travel agents. On December 21, Costa Smeralda will depart Savona for its maiden voyage, a weeklong cruise calling on Marseille, Barcelona, Palma de Mallorca, Civitavecchia and La Spezia.

The sister ship to Costa Smeralda named Costa Toscana will be the same class and is currently under construction at the same shipyard. She will enter service in 2021. The ships are 180,000 gross tons. 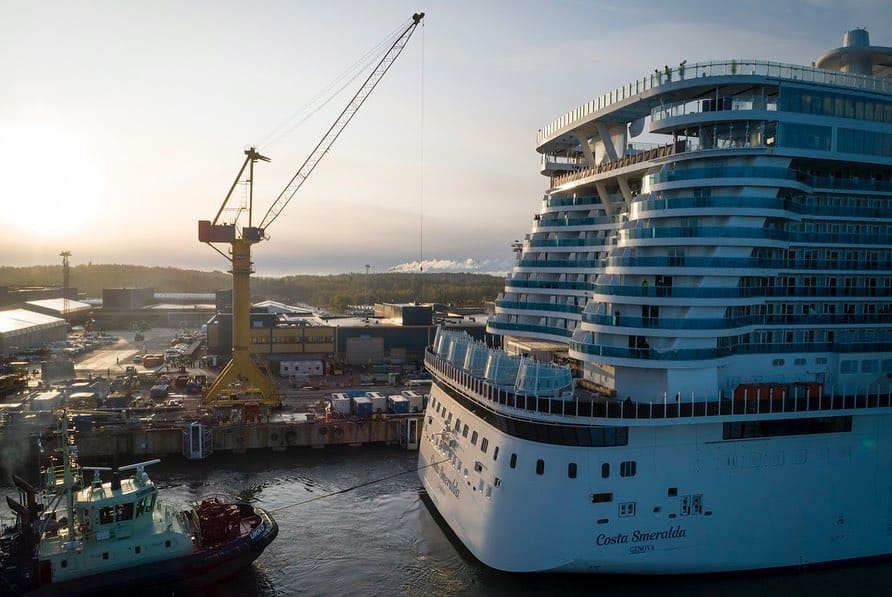