The new Carnival Panorama cruise ship which is currently under construction has departed the dry dock to begin sea trials.

The newest Carnival cruise ship which will join the fleet this December has reached another major construction milestone. That milestone is the commencing of sea trials to make sure the new ship is seaworthy and able to operate properly from a technical aspect.

Carnival Panorama headed out from the Fincantieri Marghera shipyard in Italy on Saturday morning under perfect weather and stunning blue skies. A video was posted on social media by Simone Franchin which has already gained popularity, watch it below:

As you can see from the footage the new Carnival ship looks just about complete on the exterior. Most of the work is now taking place on the interior spaces such as public venues and staterooms.

The outfitting stage first began back in December 2018 when the ship was first floated onto the water. Everything will all be completed when she debuts on the U.S. west coast in early December this year.

Once the third Vista-class vessel arrives back at the shipyard work will continue to take place onboard. Around a month before delivery crew members will begin to arrive at the ship while still docked at the shipyard to begin preparing for the first cruise passengers. This will be the final stages before handing over to the Miami-based Carnival Cruise Line.

Carnival Panorama will feature the first trampoline park at sea from Sky Zone which includes a 12-lane trampoline court. There will be a new ChooseFun waterpark and a dedicated Guy Fieri BBQ venue with Brewery which was first introduced on sister ship Carnival Horizon.

The new ship will debut on the west coast from Long Beach, California on December 11. The ship will then launch its new week-long service sailing the Mexican Riviera including calls at Cabo San Lucas, Mazatlán and Puerto Vallarta.

Once completed the vessel will be 133,500 gross tons with a passenger capacity of 4,008 at double occupancy. There will be 15 passenger decks and 1,450 crew members. 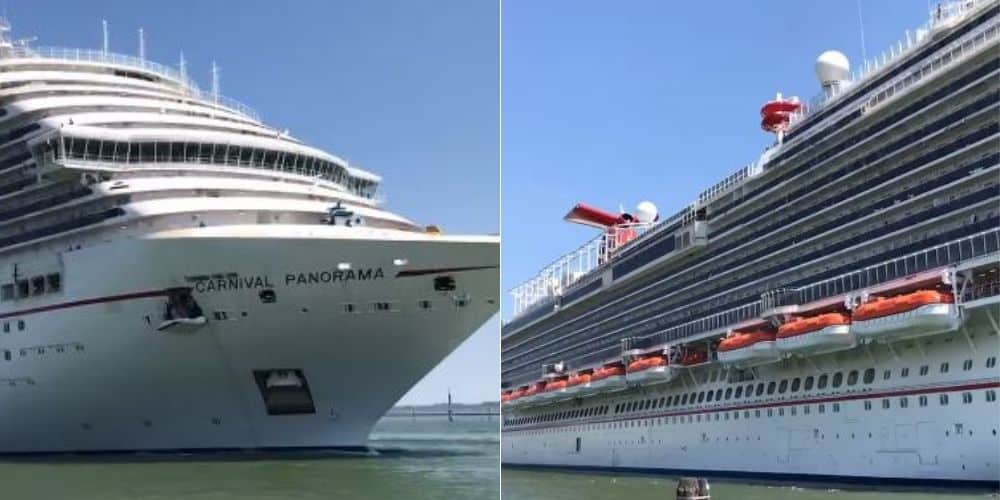