The next generation cruise ship for German-based Aida Cruises finally has a name. The largest ever ship built for the cruise line will be named Aidanova.

The mega cruise ship which is the first of a series of new generation vessels ordered by parent company Carnival will be named Aidanova. The vessels name was revealed at an event at the Meyer Werft shipyard in Papenburg, Germany on Friday. Aidanova will be totally powered by LNG (liquefied natural gas) and have zero emissions.

In its first season, AIDAnova will be traveling Madeira and the Canary Islands for seven-day cruises from December 2018 which is when she enters service for the German cruise market. Bookings for Aidanova’s inaugural sailings are opening today from 10:00 AM local time.

Cruise Hive will keep readers up to date on the future cruise ship with the keel laying ceremony being held September 2017 and the ships undocking from the construction yard set for August 2018. Until these major construction milestone workers at the Meyer Werft shipyard will work around the clock to make sure Aidanova is ready for delivery at the end of 2018.

Aidanova will be 180,000 gross tons and the largest ever built for the cruise line. The ship will be able to carry 6,000 passengers and offer the very best features in the fleet. If you love new and upcoming cruise ships you also might want to watch a rendering video of what the ship will look like. 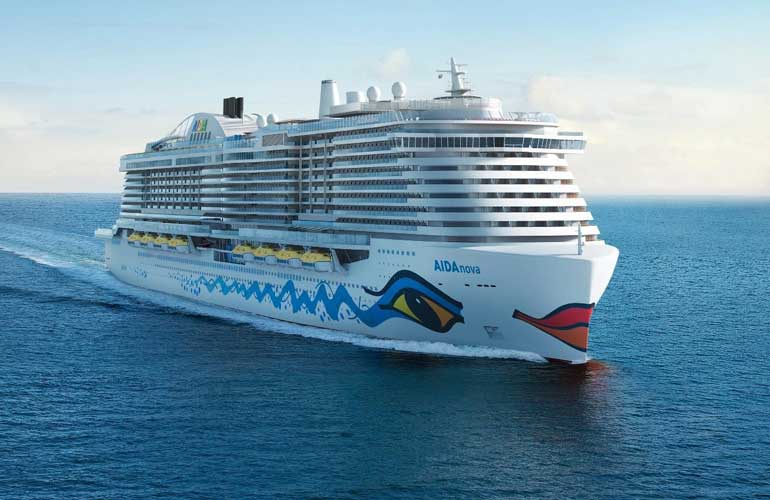