Royal Caribbean’s Lift & Shift Will Be Discontinued and More Changes

We Now Know Where Pacific Princess is Heading

Where the Three Major Cruise Lines Stand on Vaccine Requirements

Music superstar Nick Jonas has gone undercover on a Carnival cruise ship as a ship bartender.

Nick Jonas is a hugely popular music singer and songwriter from the United States and he recently went undercover onboard Carnival Victory which is operated by Miami-based Carnival Cruise Line.

In a video by the cruise line, Jonas is seen getting in on the mix at the ships Alchemy Bar on the promenade deck. I was brief and the disguise wasn’t that good but Jonas tried his best to make cocktails, tell jokes and have some fun with the Carnival ship guests on an evening out along the promenade.

Watching this has made us think about other celebrities on ships and we wonder if any of you have ever spotted someone famous onboard taking a cruise vacation? Hop over to our Facebook post and let us know if you have.

Having Nick Jonas surprise guests as an undercover bartender is a great way to promote the cruise line and get people cruising the Caribbean. Carnival Victory is based out of Miami, Florida and sails Caribbean cruises. 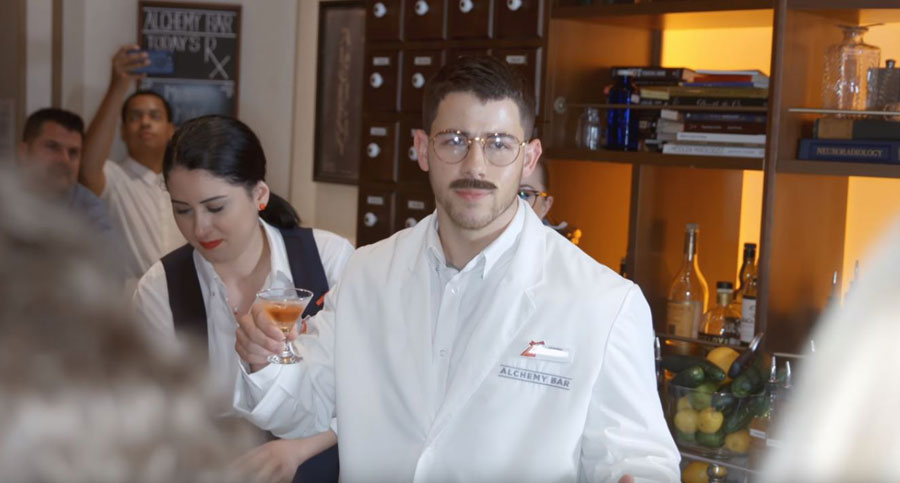