The international music star Pitbull has been named as Norwegian Escape’s Godfather. Norwegian Escape is NCL’s newest and largest cruise ship that has recently been constructed in Germany.

Pitbull who is also known as Armando Christian Perez will serve as the ships Godfather and he will also perform at the ship’s christening ceremony in Miami on November 9. We can expect a high energy christening performance which Pitbull is so good at putting on.

Pitbull comes from Miami so is a perfect match for the Norwegian Escape. the superstar was also involved with Norwegian Getaway’s christening with a grand performance onboard while docked in Miami. The singer also has his own Vodka brand onboard all the NCL ships.

“Pitbull has been an excellent partner and great friend to Norwegian Cruise Line,” A Miami native, he epitomizes and contributes to the energy, excitement and local flavor that our ships so proudly embody and we’re excited to build upon our relationship and have him serve in this special role as Godfather to Norwegian Escape.”

Since the 1800’s it has been tradition for a new vessel to have a godparent and in today’s world it has become an essential part of christening a cruise ship.

The 164,600 gross ton Norwegian Escape is built by Meyer Werft in Papenburg, Germany. the vessel is in the very final stages of construction with crew members no preparing for the maiden cruise. 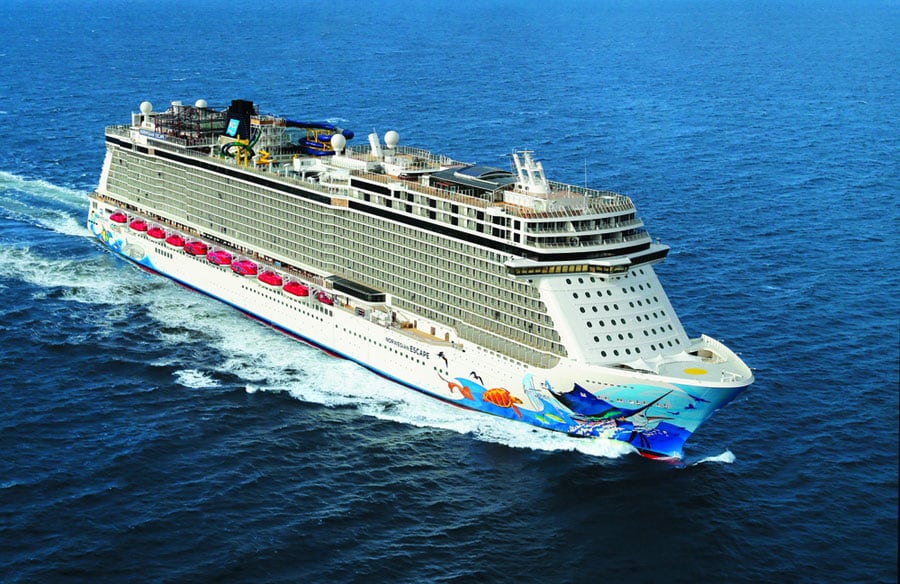