MSC Cruises and Cruise Saudi make an agree for the cruise line to begin cruising Saudi Arabia from November 2021.

Through Cruise Saudi and Swiss-based MSC Cruises, Saudi Arabia signed an agreement this week for two of MSC’s ships to start sailing in Saudi Arabia.

The announcement follows a push from Saudi Arabia to involve itself in a modernization program while also heavily expanding its economic model and turning away from its primary source of income, Oil.

The country previously managed to agree with racing competition Formula One for a race in Jeddah, and now then the agreement for two vessels to call in Saudi Arabia. At the same time, one of these ships will be homeported in Jeddah. The arrival of cruise ships is also expected to create 50,000 jobs for Saudis.

Fawaz Farooqui, Managing Director of Cruise Saudi, and Pierfrancesco Vago, Executive Chairman of MSC Cruises, signed the framework agreement in the Saudi capital city Riyadh for MSC Magnifica to homeport in Jeddah, while MSC Virtuosa will call at ports in the Kingdom.

Musica-class ship MSC Magnifica will be sailing in Saudi waters between November 2021 and March 2022. Homeport will be Jeddah, one of the largest cities in Saudi Arabia and one of its cultural hotspots; from there the vessel will sail on seven-day Red Sea cruises.

Worth Reading: MSC Cruises Details Comeback Across Europe With 10 Ships

Ports of call include three Saudi ports, including weekly calls to Al Wajh, the gateway to the UNESCO World Heritage site of Al-Ula. Al-Ula is considered one of the most historical cities in Saudi Arabia. The vessel will also host guests during the Formula 1 Saudi Arabian Grand Prix 2021 on 5 December in Jeddah.

MSC Cruises’ flagship MSC Virtuosa will be sailing on the other side of the country in the Persian Gulf. She will spend her winter 2021 with calls in the Gulf port of Dammam, visiting AlAhsa oasis, another UNESCO World Heritage site. MSC Virtuosa will call the region from December 2021 to March 2022.

Saudi Arabia has been working towards opening up the country towards international tourism; one way it plans to do this is through cruise ships visiting the region.

However, although the international market is certainly a primary goal for the agreement, the local market is also something both Cruise Arabia and MSC hope to conquer.

Speaking on the signing of the agreement, Fawaz Farooqui said:

“We are delighted to work with MSC Cruises and are keen to forge a long-term partnership. We look forward to exploring opportunities to increase the number and size of vessels operating on Saudi routes in the future. Saudi Arabia has a lot to offer visitors, and the new collaboration will open doors for intrepid travellers from across the globe to be amongst the first to experience the rich Saudi heritage and warm, hospitality. Meanwhile, through welcoming international tourists to these emerging destinations, it will create new sources of income for local communities.”

MSC CEO Pierfrancesco Vago commented on the emergence of the Kingdom on the Cruise scene. A country which has been incredibly hard to visit for cruise ships in the past:

“I am delighted that MSC Cruises will be in a position to contribute to the Kingdom’s opening to international visitors through becoming a premier cruise destination and I look forward to helping tourists from all over the world as well as from the Kingdom discover the incredible wonders that this country has to offer, including the untouched beauty of its coast line and historical sites.”

The two companies expect to see up to 170,000 guests during 2021/2022. According to the two CEOs, the country will be within easy reach from Europe, the US, and Asia. At the same time, nearby Dubai, Doha, and Bahrain all have international travel hubs with extensive connections to Jeddah and other cities in the Kingdom. 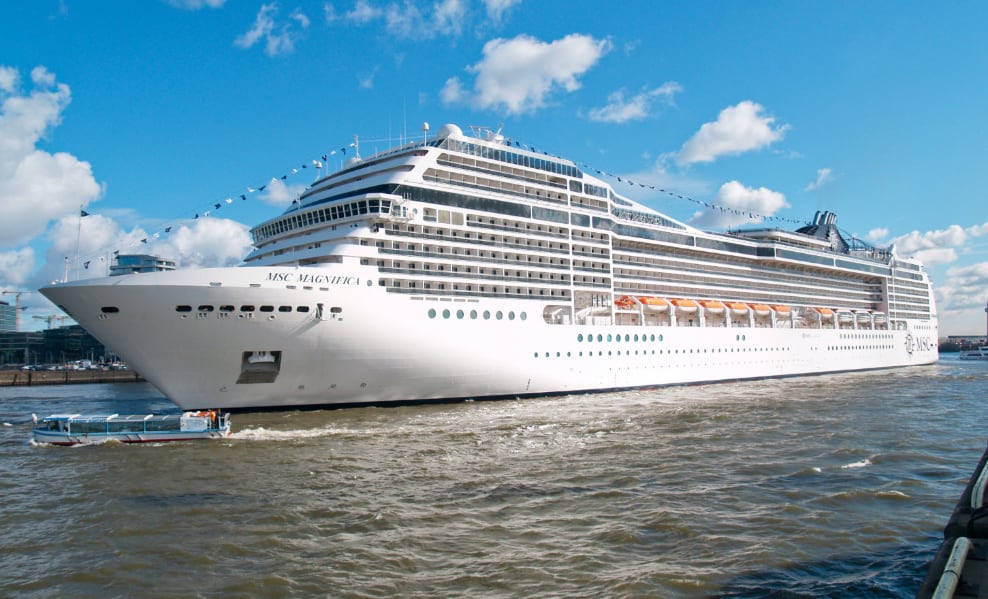