MSC Cruises is today christening its newest addition to the fleet with a grand ceremony in France.

MSC Meraviglia was delivered just days ago by STX France and now MSC Cruises which operates the massive cruise ship is putting on a grand christening ceremony in Le Harve, France. Godmother Sophia Loren will christen the new flagship which is is the largest in the fleet at 171,598 gross tons and carrying 4,488 guests at double occupancy.

“We have an ambitious vision for the future and MSC Meraviglia marks the start of the second phase of growth for our Company.” “For this reason, this evening is an extremely proud moment for all of us at MSC Cruises as we see the first of our next-generation ships being named.”

“The new ships that we are building — between 2017 and 2020 alone, we will receive six new ships — are purpose-built, featuring innovation in both product and design, as well as the very latest-cutting edge marine and consumer-facing technology to create unforgettable holiday experiences at sea for guests of all ages. MSC Meraviglia is the first to make this vision come to life, as it sets a new standard for cruise ships as a destination in itself.”

Both the ship herself and tonight’s event have been inspired by the wonders of the world, as Meraviglia literally means wonder. The christening ceremony itself will be hosted by one of Europe’s most loved comedians, Gad Elmaleh. The audience will also be entertained by internationally renowned artist Patrick Bruel who will perform a selection of his most loved songs. UNICEF Goodwill Ambassadors Kids United will be performing to represent a diverse world, promoting peace and tolerance.

The crowning moment of the evening will be the parade of the ship’s officers, when Sophia Loren cuts the ribbon and names MSC Meraviglia to a time-honored crescendo of champagne and fireworks. Mrs. Loren has held a close relationship with MSC Cruises for over a decade, when she first became godmother of MSC Lirica, in 2003. As the MSC Cruises fleet continued to grow, she blessed each and every new ship, reflecting MSC Cruises’ belief not only in loyalty, but also in Loren’s unique beauty, talent and elegant style — the same elements that distinguish every aspect on board an MSC Cruises ship.

MSC Cruises supports UNICEF through their joint “Get on Board for Children” initiative and has raised to-date in excess of €6.5 million thanks to the generous contributions of MSC Cruises’ guests, impacting the lives of nearly 67,000 children who are malnourished in developing countries.

MSC Meraviglia will commence her maiden voyage from Le Havre to Genoa on June 4 and then her summer itinerary from Genoa from June 11.  MSC Meraviglia will offer multiple embarkation ports in the Western Mediterranean including the popular ports of Genoa, Marseille and Barcelona as well as visit other much sought after Mediterranean destinations including Naples, Messina in Sicily and Valetta in Malta.

MSC Cruises has been dominating the news recently with new details on the future World Class ships which will rival those Oasis class ship from Royal Caribbean. 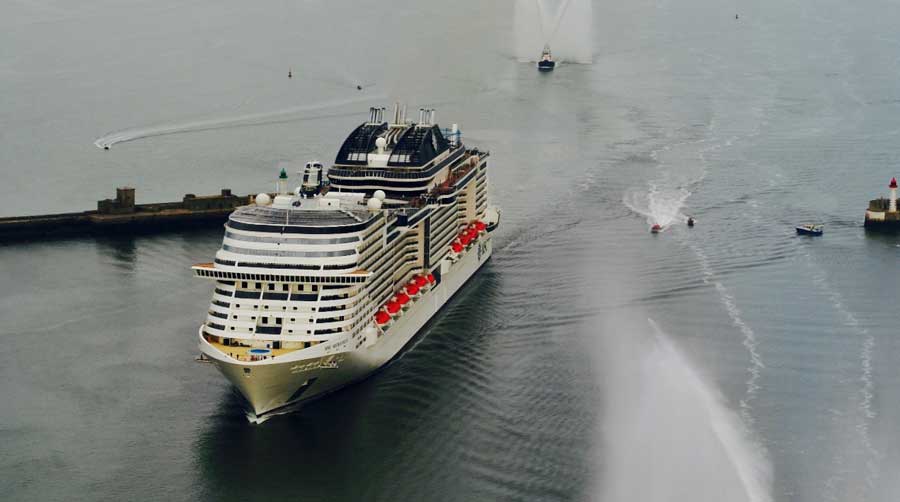