A cruise ship passenger got injured onboard a cruise ship while it was sailing in the Gulf of Naples during its voyage.

Sorrento Press is reporting that a man who is a passenger onboard the 89,600 gross ton MSC Poesia almost lost his finger. The cruise passenger got injured as the ship was sailing a 7-night mediterranean cruise which departed palma De Mallorca, Spain on August 4. the large vessel was sailing in the Gulf of Naples at the time.

According to the site the passengers finger was partially detached and needed urgent medical attention on land. As a result the local Coast Guard was contacted so he could be transferred to a land medical facility. Authorities then dispatched the Cp 890 patrol boat where the man was then taken to the hospital Vecchio Pellegrini of Naples. A medical staff member also accompanied the guest to the on land hospital where doctors hope to attach the finger. It’s not mentioned how the man almost lost his finger.

MSC Poesia is scheduled to arrive back at its home port in Spain on August 11. The ship can carry 2,550 passengers at double occupancy and is Musica class ship operated by MSC Cruises. 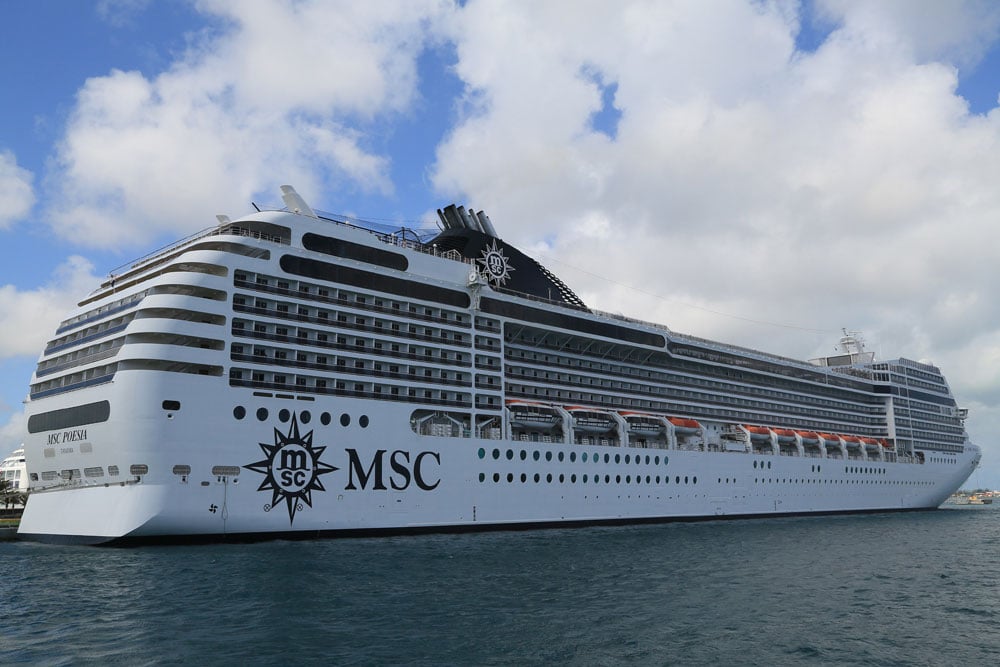