An MSC Cruise Ship has been damaged after colliding with Quayside while departing the Port of Civitavecchia, Italy.

MSC Magnifica has hit the quayside dock in Civitavecchia, the main port for Rome in Italy. Yesterday afternoon while the ship was just departing the port it was damaged after coming in contact with the quayside wall due to high winds. Thankfully no injuries have been reported.

@MSC_Cruises_UK MscMagnifica hits the port wall in civitavecchia ! The ship is back in the Port pic.twitter.com/5OTpPk8Vbi

Two tug boats from the port helped the large cruise ship back into its berth where damage is being assessed. Authorities have been onboard to see the impact of the damage. We are still awaiting a statement from MSC Cruises but no doubt the cruise has been altered.

Now staying in Civitavecchia until 3pm while safety checks are completed. Missing scheduled call in Ajaccio. At least the sun's out.

According to users on Twitter, the ship stayed overnight so the damage could be fixed and has been scheduled to depart the port at 3 PM local time today, April 19. As a result, the call in Ajaccio, France will be missed, the ship was originally scheduled to call there today. MSC Magnifica was calling in the Italian port as part of a Mediterranean cruise. The MSC vessel is 92,400 gross tons and can carry over 2,500 guests at double occupancy.

We’ll update this post shortly once more is known. 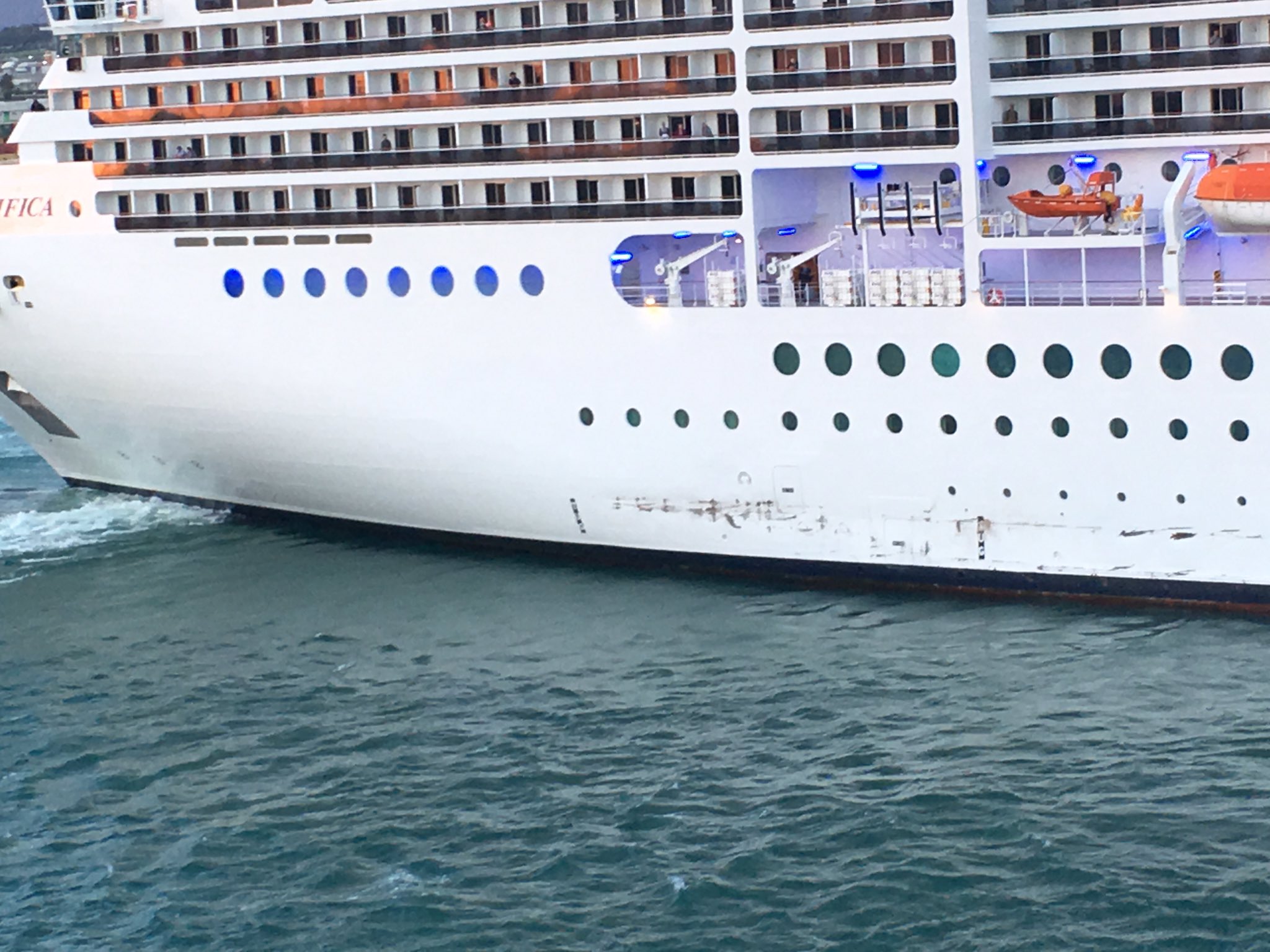