We have received a statement from MSC Cruises which you can read below:

At 09:00 AM local time on April 10, MSC Armonia arrived in the port of Isla Roatan, Honduras. While manoeuvring alongside, for reasons that are currently still being duly investigated, the ship deviated from her course and grazed the end of the pier.

There was never any risk for guests or crew on board. There was also no impact for the environment. In fact, while there was a slight delay for our guests to disembark, all who were scheduled to go ashore on excursions and other activities disembarked as planned.

As to the ship, the damage was minor. Following repairs, she has also since been cleared by Honduran Port State Control authorities to continue her journey.

MSC Armonia left the port at approximately 3:30 AM local time today, which would bring her into Belize, her next scheduled port of call, by approximately 11 AM.

MSC Armonia collided with the pier in Roatan this morning and several videos have been posted online showing the MSC Cruises operated ship to drift and smash into the pier causing major damage.

Not many details are known just yet but MSC Armonia was making a port of call in Roatan, Honduras on April 10. The vessel is shown hitting the pier on its port side forward damaging the pier and the ship. Parts of the pier collapsed into the water.

A local tour company which offers tours to cruise ship passengers on the island also posted several photos showing the ship stranded in shallow waters and part of the dock gone.

In another video posted on social media, the damage can be seen to MSC Armonia but does seem to have held up well compared to the pier. No injuries have been reported but no doubt a shock to many locals who were waiting to welcome guests, instead they were met with a cruise ship crashing into the pier.

Here is the damage done to the msc armonia.

The MSC cruise ship isn’t the largest in the fleet at 65,500 gross tons and a passenger capacity of over 2,000 at double occupancy.

This is developing news and will update this post once more details are known. 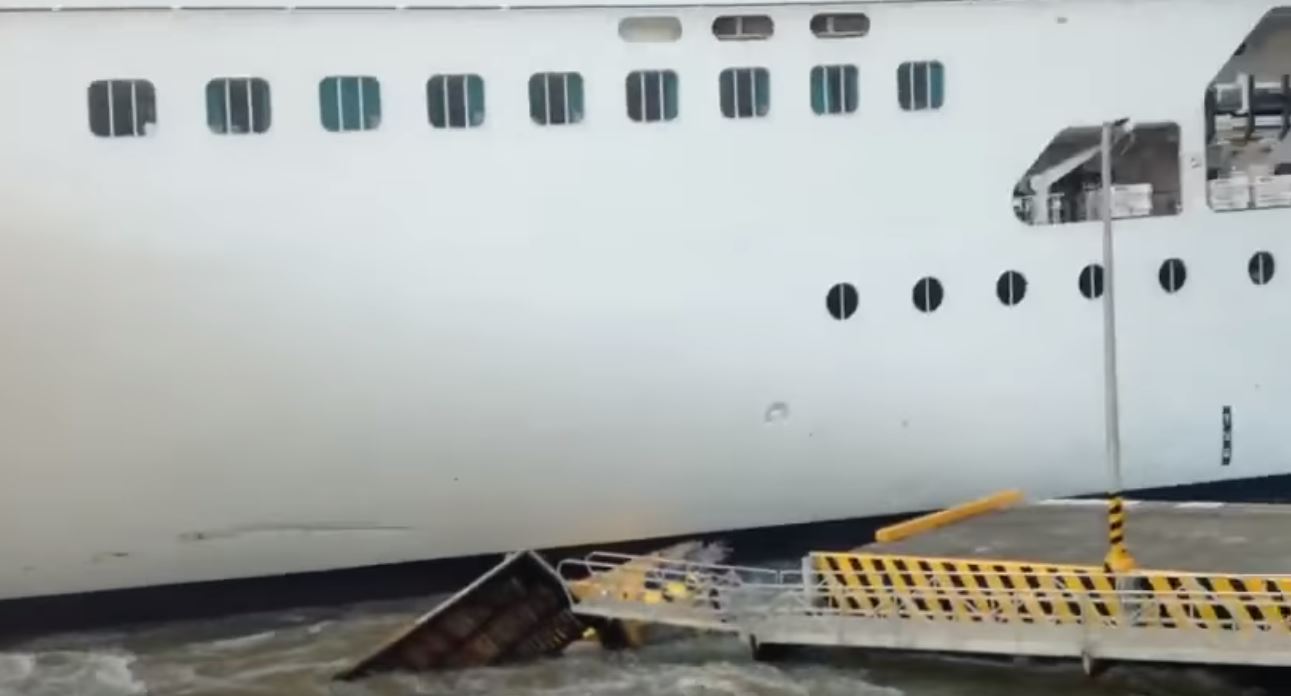