ms Eurodam which is operated by Holland America Line has continued its perfect score in the  United States Public Health inspection. The inspection is conducted by the U.S. Centers for Disease Control and Prevention.

The perfect 100 score was for the seventh time which is a great achievement. The inspections are usually done with no notice but can often be predicted by the ship’s crew. In this case the inspection was held on Oct. 22, 2014, during a call at Boston, Mass. The ship recently repositioned cruise to Fort. Lauderdale, Fla., for its Caribbean season.

“To earn a score of 100 on any given public health inspection is fantastic, but to earn seven consecutive perfect scores is beyond extraordinary,” said Richard Meadows, Holland America Line’s executive vice president, sales, marketing and guest programs. “The perfect scores reflect the dedication by all involved, and congratulations go out to all of the hard-working team members both onboard and ashore who contributed to this incredible achievement.”

During U.S.P.H. inspections earlier this year, ms Westerdam and ms Statendam also earned scores of 100. Along with ms Eurodam, ms Zaandam achieved a 100 on its inspection in 2013.

CDC inspections are part of the Vessel Sanitation Program, which was introduced in the early 1970s and is required for all passenger ships that call at a U.S. port. The inspections are unannounced and are carried out by officials from the United States Public Health Service twice a year for every cruise ship. The score, on a scale from one to 100, is assigned on the basis of a checklist involving dozens of areas of assessment, encompassing hygiene and sanitation of food (from storage to preparation), overall galley cleanliness, water, shipboard personnel and the ship as a whole. 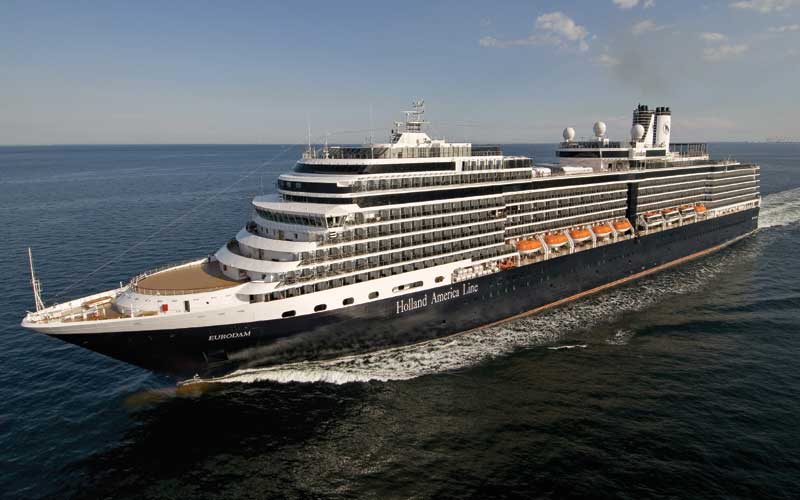