If You Missed It Then Here’s MS Koningsdam Christening Ceremony

With all the news being focused on Royal Caribbean’s Harmony of the Seas you might have missed another new cruise ship recently entered service too. Just 5 days ago Holland America Lines newest and largest cruise ship was christened at a royal event onboard the ship in Rotterdam, Netherlands.

The new 99,500 gross ton vessel was christened by Her Majesty Queen Máxima. The ceremony was also attended by invited dignitaries, cruise guests, travel partners and media. The events began at the ship’s Lido pool area with a traditional Holland America ceremony. Her Majesty began by blessing the ship’s bell and then pouring a glass of champagne over it. Her Majesty also was the first to sign Koningsdam’s commemorative wall that will become a permanent installation on the ship.

The festivities were moved into the ms Koningsdam World Stage theater where the ship was officially christened. As tradition Her Majesty Queen Máxima pulled a rope to trigger the traditional champagne bottle break on Koningsdam’s hull. After the ceremony, a gala luncheon was held onboard in addition to shipwide celebrations throughout the day. Ms Koningsdam then departed for Amsterdam, the capital of Netherlands where fireworks display was held and thousands of Dutch people got the chance to see one of the worlds newest cruise ships.

“It’s an honor to have Her Majesty Queen Máxima as the godmother to Koningsdam, and May 20 was a truly special day with Her Majesty delivering the ceremonial traditions of welcoming our newest ship to the fleet,”

“As our company was founded in Rotterdam more than 143 years ago, it was fitting to return to our roots for Koningsdam’s royal dedication.”

The ms Koningsdam will spend a season sailing Europe beginning with Mediterranean cruises from Civitavecchia, Italy and then Baltic cruises from Amsterdam, Netherlands. From November 2016 the ship will begin sailing from its new home port in Fort Lauderdale, Florida and will sail Bahamas and the Caribbean through to March 2017. 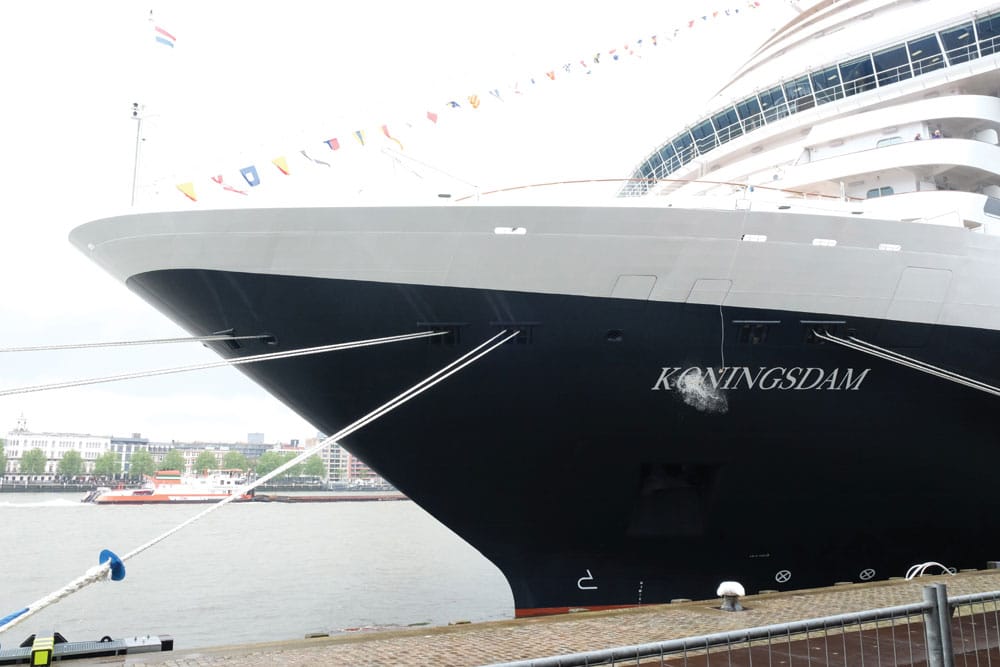