Royal Caribbean’s Lift & Shift Will Be Discontinued and More Changes

We Now Know Where Pacific Princess is Heading

Where the Three Major Cruise Lines Stand on Vaccine Requirements

A minor fire broke out onboard the Crown Princess on Thursday evening which was quickly dealt with.

The small fire was backstage of the ships main theater and no injuries were reported. Princess Cruises has confirmed that there was a performance at the time of the fire. The cruise line posted on its twitter account “We immediately initiated our response procedures & all guests on board were asked to return to their staterooms.”

The fire was quickly extinguished by trained fire crew who regularly practice onboard for situations just like this. Princess Cruises also mentioned “The ship’s Captain made several announcements during the incident & no one was injured.” Apparently the cause of the fire was a piece of theatrical equipment used for special effects in the show lounge. An investigation is underway into how the item caused the fire.

The Crown Princess was on a 7 day cruise that departed Seattle, Washington on May 23rd. The 113,000 gross ton vessel is returning back to its homeport today. 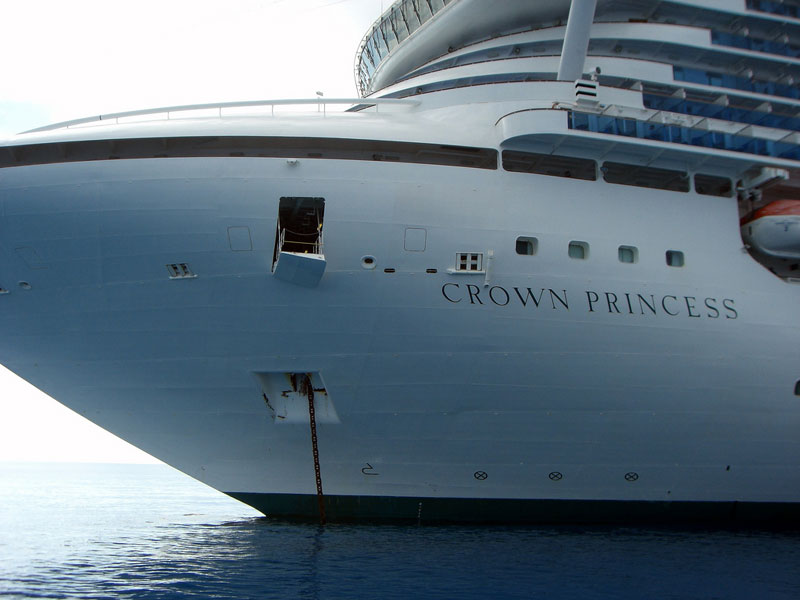