Miami-Dade Mayor sends a letter to CDC Director to request a meeting and work together on the resumption of cruise operations in the U.S.

There is no doubt that the cruise industry in the United States is in crisis, especially now that cruise lines are working hard on finding alternative homeports in the Caribbean.

A major part of the industry are the hugely popular home ports in Florida, such as PortMiami, the cruise capital of the world. The Miami-Dade Mayor has requested a meeting with the U.S. Centers for Disease Control & Prevention director to discuss the resumption of cruise operations.

While cruise lines may seem to be giving up on the CDC on resuming operations out of the U.S., Miami-Dade mayor Daniella Levine Cava is not. The mayor is eager to resume cruises again and has sent a letter to CDC director Dr. Rochelle Walensky.

“As vaccination expands and we work to rebound and reinvigorate our economy, we are eager to partner with the @CDCgov to create a plan to safely restart the cruising industry – a cornerstone of Miami-Dade’s economy and prosperity.”

In the letter dated March 17, 2021, the mayor clarified that Miami-Dade Country is ready to work with the director to safely re-open the cruise industry. The goal is to get cruising going again by July 4, 2021, which is in line with President Biden’s aim to let families come together once again and celebrate.

In fact, there have also been rumblings that the Biden administration is thinking of allowing some limited international travel from mid-May. How this could impact the cruise industry remains unclear but there is the hope of a cruising restart by early summer.

The mayor continued to mention how important cruise industry is for the county, with cruise activity generating “approximately $7 billion and 40,000 jobs annually.”

The cruise industry supports related sectors, including air transportation, food and beverage, lodging, manufacturing, agriculture, travel agencies, hotels, port services, and a range of industries across Florida and beyond.

Another important point included in the major’s letter was that they are working on establishing an on-site COVID testing lab at PortMiami, a first of its kind in the country.

She touched on the fact that multiple cruise lines have announced new vaccination policies for when cruises resume, such as Virgin Voyages, which we reported just days ago.

Mayor Lavine Cava mentioned that the CDC could issue similar guidance to what countries like Israel have implemented. This has allowed Royal Caribbean to homeport its new Odyssey of the Seas cruise ship there from May.

She ended the letter requesting a meeting with the CDC director on how to further advance the resumption of U.S. cruise operations:

“We know that better, healthier days lie ahead, I respectfully request a meeting with you and my administration to discuss how we can advance the resumption of U.S. cruise operations as we work together to protect lives and livelihoods for Miami-Dade County residents and across the country.”

You can read the full letter from the Miami-Dade mayor below:

Why No Cruises Yet?

Many eager cruise travelers are wondering why the CDC has not yet released those much-covered technical details to allow the U.S. cruises industry to resume. The CDC could just be waiting to see how the vaccine rollout develops.

To be honest, no one knows! We can speculate and guess, but we won’t know until the CDC releases an update on its current Conditional Sailing Order.

Carnival and Royal Caribbean have currently suspended operations in the U.S. through May with a limited start planned for June. However, Norwegian Cruise Line has even canceled cruises until July 2021.

Cruise lines may have already given up and we’re starting to see a trend of new home ports outside the U.S. including Israel, Bahamas, and St. Maarten. We could see even more new home ports announced while cruise lines remain on hold and await guidance from the CDC.

At this time, there is more pressure than ever on the restart of cruise operations. Vaccines are rolling out across the U.S. and the UK has already set out its plan with the industry opening up from May 17, 2021. 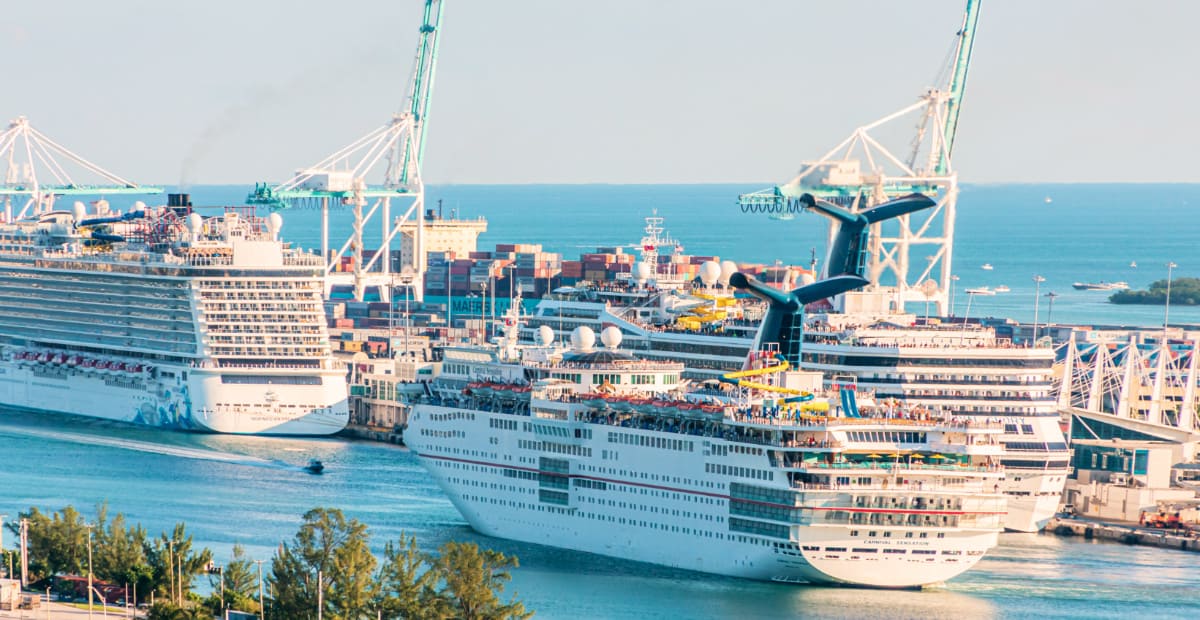