While the cruise industry awaited a decision on the No-Sail-Order to be issued, the CDC now recommends that travelers defer all cruise travel worldwide.
Read more
Cruise News

Once operations resume from the U.S. cruise lines will have to be strict with new health measures.
Read more

Meyer Turku and German based TUI Cruises have agreed for the shipyard to construct two more cruise ships.

Mein Schiff 7 and Mein Schiff 8 will be built by Meyer Turku in Finland thanks to an agreement between the two companies which was announced today. the shipyard was recently taken over by Meyer Werft based in Germany and the company has a history of building ships for the cruise line.

“TUI Cruises has firmly established itself in the German-speaking market, with occupancy of our fleet totaling more than 100 percent last year,” said Wybcke Meier, CEO of TUI Cruises. This year, demand has also been excellent so far – with bookings currently being taken for five ships. A further expansion provides a great opportunity to strengthen our position with one of the most modern fleets in the German market.”

The upcoming vessels will be completed in 2018 and 2019 and will increase the new class to six ships. The first Mein Schiff made its debut in 2014 and has helped expand the Germany cruise line. The new ships will be purpose-built for the German market and cater to German passengers.

“We are very happy and proud to continue our successful partnership with TUI Cruises by adding two new cruise ships to this advanced fleet of ships built by the yard in Turku. We are also working on further improving the ships again”, said Jan Meyer, CEO of Meyer Turku Oy. “For Turku shipyard this order is of great importance. We have now a solid platform to operate the shipyard at an output of 30 % above the 2015 level until 2020. We have now the long term view and stability to plan investments and further recruitments – i.e. to work on our competitiveness in the long run.” 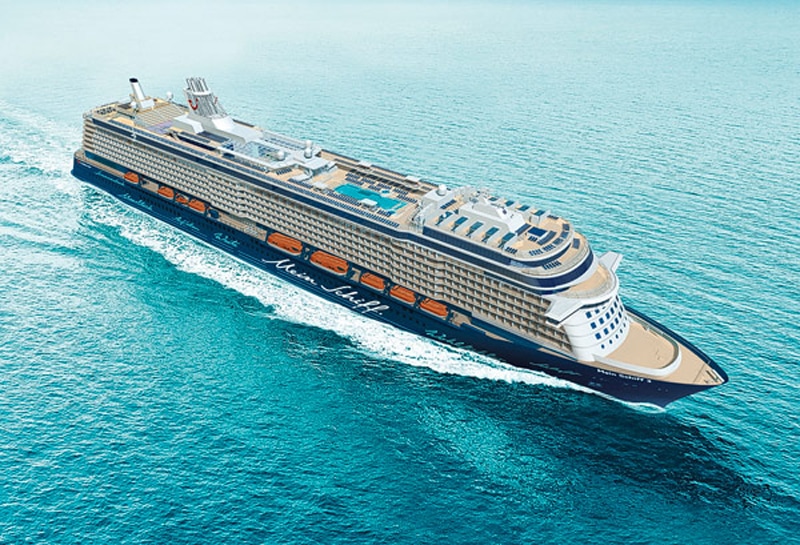