One of the largest cruise ships in the world operated by MSC Cruises is just months away from arriving in the United States for the very first time.

MSC Meraviglia which joined the cruise line in 2017 will soon be sailing from the U.S. and offering a first chance experience for the North American cruise market. The vessel will sail cruises out of New York and Miami starting in October. The ship will then return to Europe in Spring 2020.

MSC Meraviglia will offer two different itineraries from the Manhattan Cruise Terminal in New York City starting in October 2019 and including calls in New England and Canada.

The ship will also sail a 13-night repositioning cruise from Manhattan for the final time down south to the cruise capital of the world of Miami, Florida. Prices start at $1,559 per person for a balcony stateroom.

MSC Meraviglia will then spend the remainder of her time in the U.S. sailing Caribbean cruises out of PortMiami. The first voyage from the port will depart on November 10 and include calls at Costa Maya, Belize, Roatan and MSC’s private destination in the Bahamas Ocean Cay. The vessel will remain based at Miami until Spring 2020.

The ship which is the first in her class is 171,598 gross tons and is among the top 10 largest cruise ships in the world. She has a passenger capacity of over 4,400 at double occupancy along with 1,400 crew members. 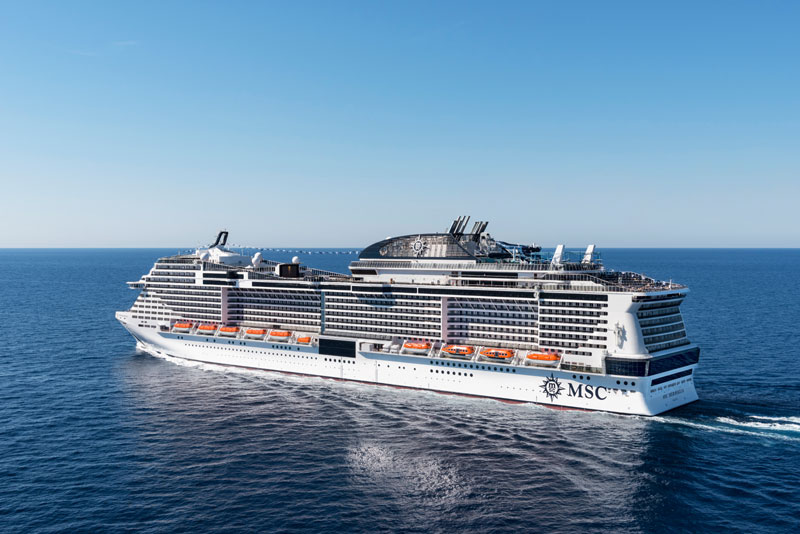