PortMiami continues to support the cruise industry which is in crisis due to the global health pandemic and the suspension of operations.

The cruise industry needs all the support it can get during the suspension of operations and one of its closest supporters is Miami, Florida. Miami-Dade County Mayor Carlos A. Gimenez has announced an extension on its waiver of lay berth and harbor fees for cruise ships.

“As the cruise industry continues to be negatively impacted by the pandemic, we will continue to support our partners”

The extension of the waived fees for cruise line partners is for an additional 30 days starting from today, September 11, 2020, through October 10, 2020. The waiver applies to any cruise line owned vessel that has operational agreements with Miami-Dade County. This includes major cruise lines such as Carnival, Royal Caribbean, Norwegian Cruise Line, and MSC Cruises.

The waiver was first announced by Mayor Gimenez on March 12 which was when cruise lines first started suspending operations in the United States. The waiver has been extended a number of times since then as cruises have remained on pause.

The Centers for Disease Control and Prevention (CDC) also currently has an extended “No Sail Order” in place through September 30. The Cruise Lines International Association (CLIA) has voluntarily suspended operations through October 31, 2020. This means cruise lines at the earliest won’t be sailing from the U.S. until November 1.

At the moment cruise ships are either in a cold lay-up, anchoring near the coast and taking turns docking in cruise ports for supplies. PortMiami is helping the cruise industry by waiving the fees and is one aspect of many that is helping the industry ride out these difficult times. 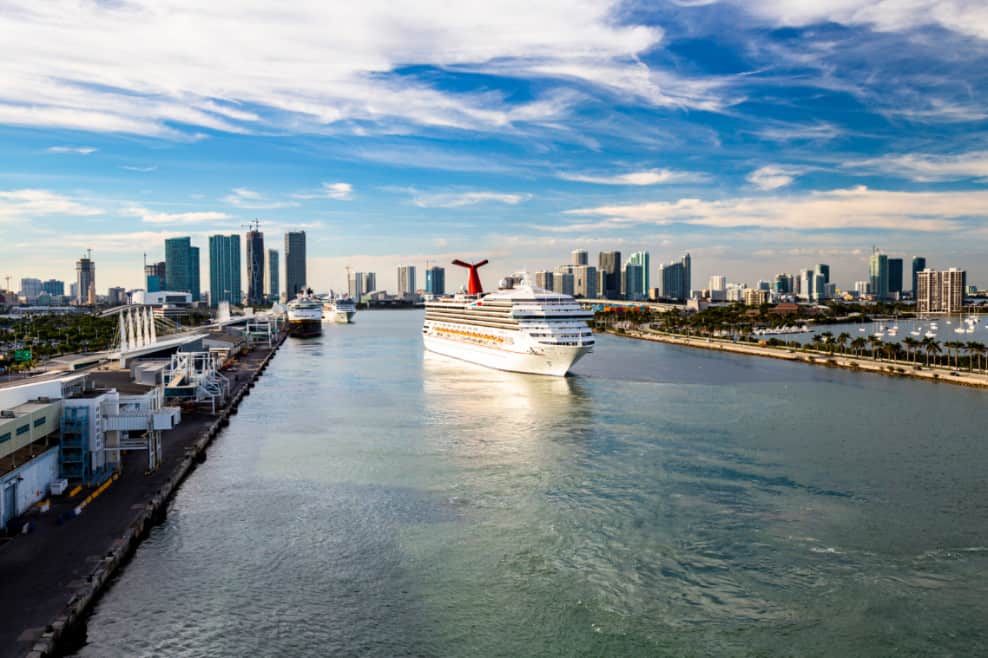